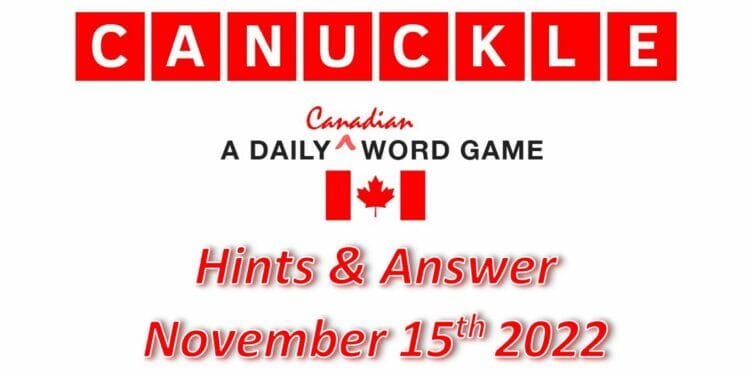 Here is the Canuckle answer today for #185 word, released on November 15th, 2022 and some hints to help you solve it.

UPDATE: Click here for the hints and the answer to Canuckle 186!

As the word can be quite difficult, we have some hints for Canuckle 185 to help you to solve it, which are:

Hint 1: Contains the letter F.
Hint 2: It starts with the letter R.
Hint 3: There are two vowels in the word today.
Hint 4: A gun, especially one fired from shoulder level, having a long spirally grooved barrel intended to make a bullet spin and thereby have greater accuracy over a long distance.

The answer for Canuckle 185 is:

The Queen’s Own Rifles of Canada is a Primary Army Reserve infantry regiment based in Toronto. Founded on April 26th, 1860, it is the oldest continuously serving infantry regiment in Canada. Its members have served in every Canadian military campaign and served with great distinction in World War I and World War II in which 7 Riflemen were awarded the Victoria Cross.

Click here for the hints and the answer to Canuckle 186!