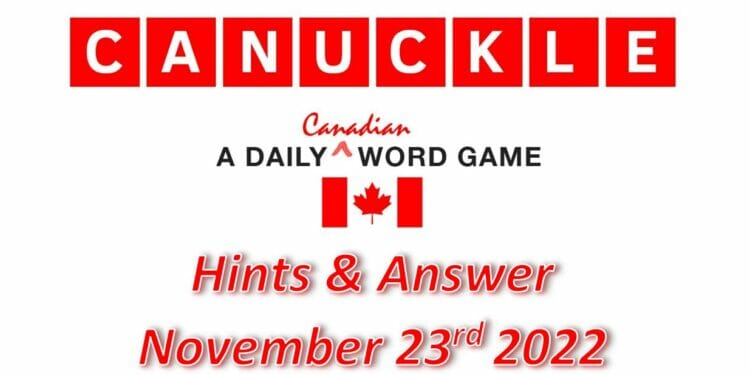 Here is the Canuckle answer today for #193 word, released on November 23rd, 2022 and some hints to help you solve it.

UPDATE: Click here for the hints and the answer to Canuckle 194!

As the word can be quite difficult, we have some hints for Canuckle 193 to help you to solve it, which are:

Hint 1: Contains the letter L.
Hint 2: It starts with the letter F.
Hint 3: There is only one vowel in the word today.
Hint 4: A story or event recorded by a camera as a set of moving images and shown in a cinema or on television.

The answer for Canuckle 193 is:

The film industry in Canada has grown so much over the years that it has been referred to as Hollywood North. Toronto is the home to the Toronto International Film Festival, which is considered by many in the film industry to be second only to Cannes in terms of influence.

James Cameron, born in Kapuskasing, Ontario, is the writer and director of the two highest-grossing movies of all time, Avatar (2009) and Titanic (1997). The two films have combined to gross nearly $500 million dollars.

Save the date: April 19, 2023 is National Canadian Film Day! Click here for the hints and the answer to Canuckle 194!