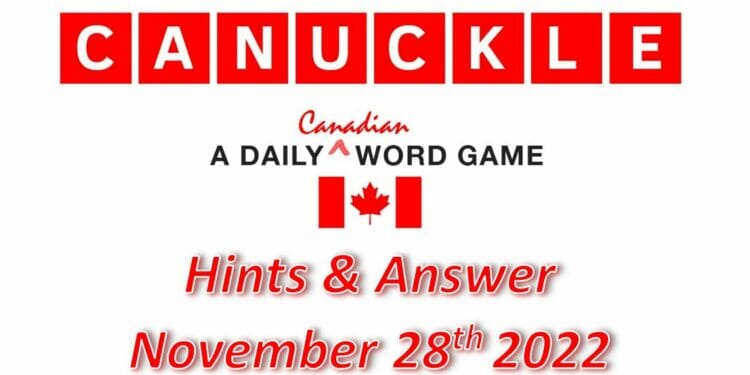 Here is the Canuckle answer today for #198 word, released on November 28th, 2022 and some hints to help you solve it.

UPDATE: Click here for the hints and the answer to Canuckle 199!

As the word can be quite difficult, we have some hints for Canuckle 198 to help you to solve it, which are:

Hint 1: Contains the letter N.
Hint 2: It starts with the letter R.
Hint 3: There are two vowels in the word today.
Hint 4: Describing a type of weather.

The answer for Canuckle 198 is:

It is no secret that it rains a great deal in British Columbia. In fact, many of Canada’s rainiest places are located in the province. Located on Vancouver Island, Henderson Lake receives more rainfall throughout the year than any other place in North America. The soggy spot receives 7296 mm of precipitation annually. What’s more, the area holds the record for the most rainfall in a year ever: a jaw-dropping 9,307 mm fell in 1997!

Click here for the hints and the answer to Canuckle 199!