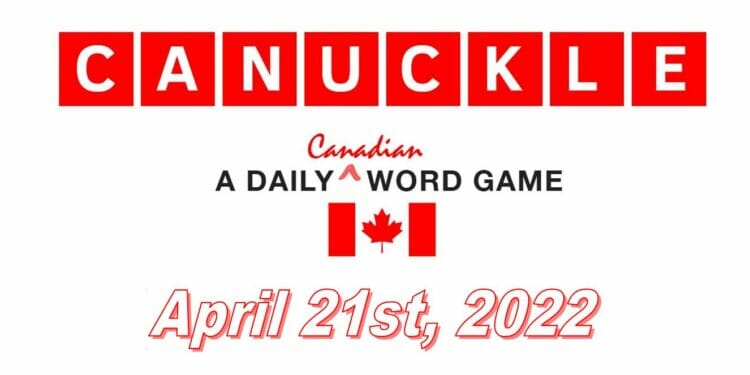 UPDATE: Click here for the hints and the answer to Canuckle 72!

As the word can be quite difficult, we have some hints for Canuckle 71 to help you to solve it, which are:

Hint 1: Contains the letter M.
Hint 2: It starts with the letter D.
Hint 3: There is are two vowels in the word today.
Hint 4: A hard-wearing cotton twill fabric, typically blue and used for jeans and other clothing.

Here is how I managed to solve the answer to Canuckle 71 today in four guesses. I started with the word ‘MAPLE’ which showed me that there is an M and E in the word although they have not been placed in the correct positions. I then guessed the word ‘CREME’ to see if I could place any of the known letters and seeing if I could reveal any other letters in the word.

The Canadian Tuxedo is an outfit consisting of a denim jacket or shirt worn with denim jeans. The term originated in 1951 after Bing Crosby was refused entry to Vancouver hotel wearing denim on denim.

Click here for the hints and the answer to Canuckle 72!