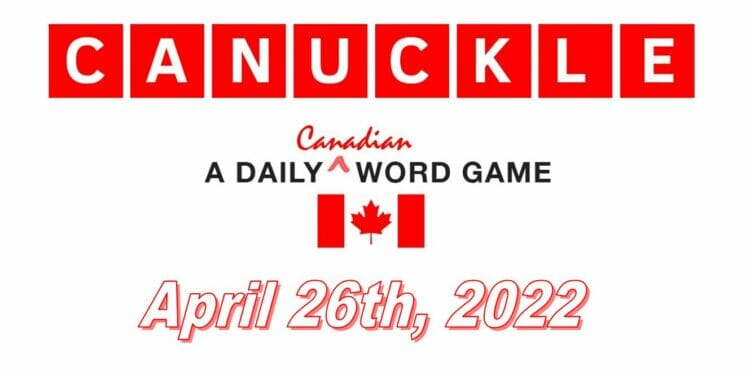 UPDATE: Click here for the hints and the answer to Canuckle 77!

As the word can be quite difficult, we have some hints for Canuckle 76 to help you to solve it, which are:

Hint 1: Contains the letter C.
Hint 2: It starts with the letter O.
Hint 3: There are three vowels in the word today.
Hint 4: It is a very large expanse of sea, in particular each of the main areas into which the sea is divided geographically..

Here is how I managed to solve the answer to Canuckle 76 today in three guesses. I started with the word ‘MAPLE’ which was a great guess for the word today as it showed me that there is an A and E in the answer. I wanted to see if I could places these letters correctly as well as revealing other letters in the word.

The word I guessed to do this is ‘STEAR’, which was a good guess as it placed the E and A in the correct places, but it did not reveal any other letters unfortunately. I then guessed a word that just happened to be the answer to Canuckle 76, which is…

With marine waters spanning its west, north, and east coasts, Canada is an ocean nation. Canadians are influenced in many ways by the Pacific, Arctic, and Atlantic Oceans. Celebrate Word Oceans Day on June 8th!

Click here for the hints and the answer to Canuckle 77!