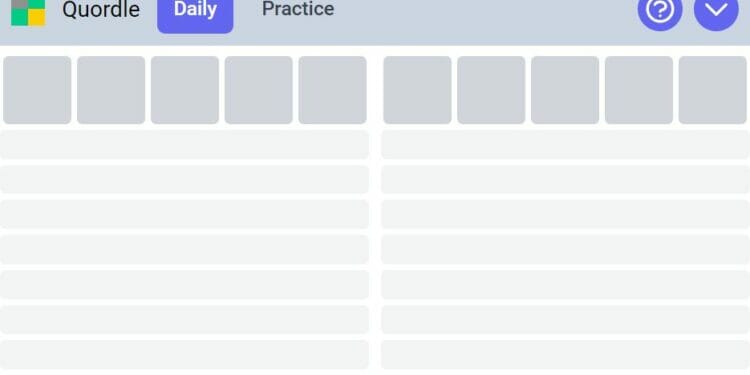 We have a new Quordle to solve on March 15th, 2022, number 50. Here are our tips, hints, and the answer for the four five-letter word puzzle.

Although there are harder games than Quordle, it seems to be the most popular viral word game behind Wordle. The game was created by Freddie Meyer with the first version going live on January 30th.

The game gained popularity when The Guardian wrote an article about the game. Prior to that, there were less than fifty people playing the game on a daily basis.

The information section of the website was recently updated to display a more up-to-date figure of just how many people are playing Quordle. There are over two million daily players with a total of fifteen million players.

If you’ve never played the game before, the goal is for players to guess four five-letter words in nine attempts or less. If you want to warm up before taking on the daily puzzle, you can do so in practice mode, which can be shared on social media once completed.

Every day at midnight local time, a new set of words is made available. With some players struggling to guess all four words in less than nine attempts, we’ve included some basic tips, hints, and the answer for today’s set of words below.

UPDATE: You can find our hints and the answer to Quordle 51, released on March 16 HERE 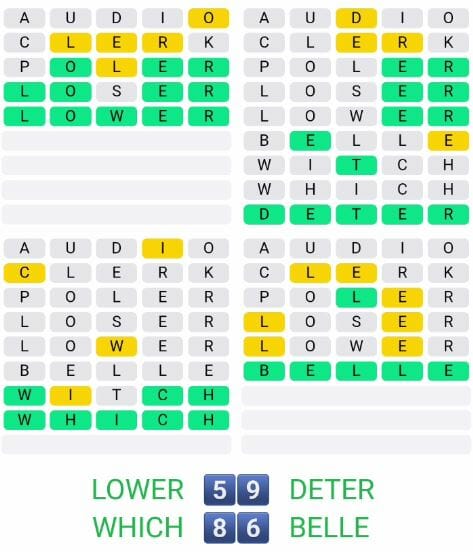