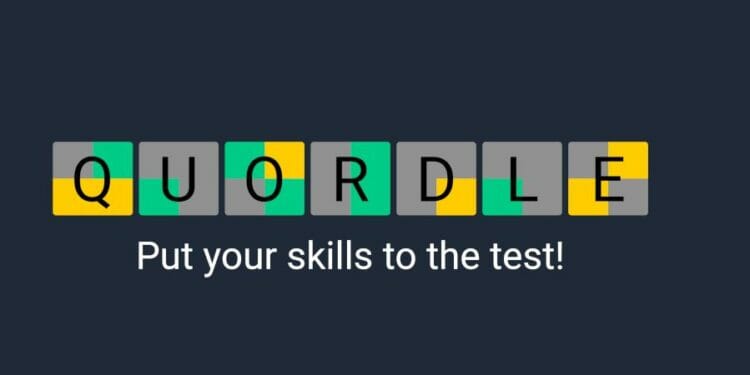 Here are our tips and hints along with the answer for Quordle 61 released on March 27th, 2022.

Quordle is the second most popular word game right now, only behind Wordle. A few weeks ago, the information page on the site stated the game had 500,000 daily players with a total of 2 million players.

Last week, the page was updated with new figures. The game now has more than 2 million daily players with a total of over 15 million players. The success is due to Wordle players looking for alternatives to either add to the list of daily games they play or to replace Wordle with players finding the game fairly easy at this point.

If you’ve never played Quordle before, it’s similar to Wordle. However, instead of guessing one five-letter word, you need to guess four and you’ll also have nine attempts instead of six.

The tiles will still change to green, yellow, and grey based on the letters in the words that you’ve submitted as a guess. You can also share your result on social media if you play the daily mode. There’s also an additional mode, practice, that allows you to play as many word puzzles as you want.

We’ve been covering the game for a while now with our own hints and tips along with the answer for players struggling. Today is now different, and we have all the information you need to conquer Quordle 61 which was released on 27th March 2022. 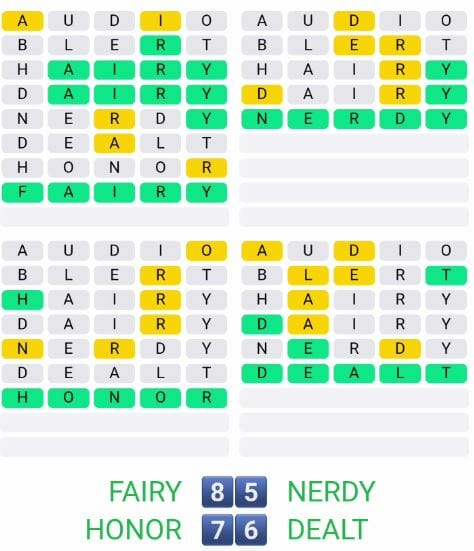