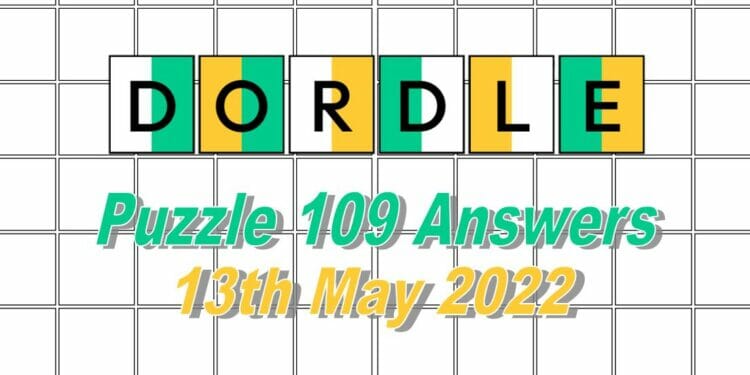 UPDATE: Click here for the hints and the answers to Dordle 110!

Some Dordle puzzles may be more difficult to solve than others, so here are some hints we have to help you solve the Dordle #109 words today.

Hint 1: There is are common letters in the Dordle words today, which are the letters O and T.
Hint 2: There are two vowels in both words today.
Hint 3: The first word begins with a C and the second one begins with a T.
Hint 4: The first word is a heavy blow with the hand or a hard object. The second Dordle word is a poison of plant or animal origin, especially one produced by or derived from microorganisms and acting as an antigen in the body.

Here is how I managed to solve the words for Dordle 109 today. First I guessed the word ‘AUDIO’, which placed the I in the correct position for the second word. It also showed me that there is an O in both words, neither of which have bene placed correctly and a U in the first word.

I decided to focus on the first word as I now know four of the five letters. The O and U were likely the third and fourth letters in the word, meaning only the first letter was left to be guessed. I then managed to solve the answer for the first word of Dordle 109 in my next guess, which is…

I then decided to guess the word ‘POTIN’ to see if I could place the O and T correctly in the word and hopefully reveal more letters. This was a great word to guess as it placed the O and N in the correctly positions. Even though the T was not placed correctly, I knew that the word had to start with this letter as that is the only other place left. This helped me to solve the answer to Dordle 109 in next guess, which is..

Well done if you managed to guess one or both of the words correctly! Click here for the hints and the answers to Dordle 110!