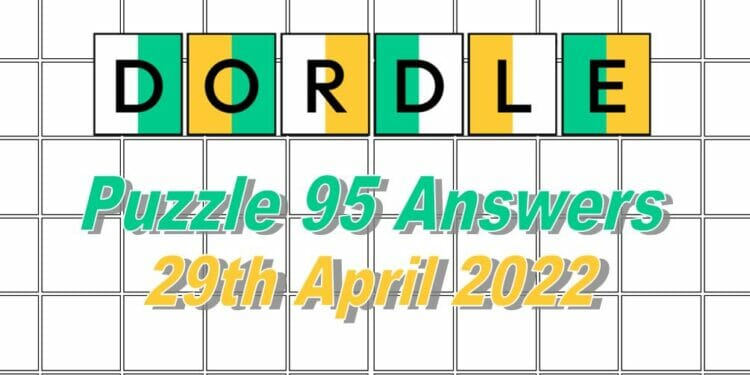 UPDATE: Click here for the hints and the answers to Dordle 96!

Some Dordle puzzles may be more difficult to solve than others, so here are some hints we have to help you solve the Dordle #95 words today.

Here is how I managed to solve the words for Dordle 95 today. First I guessed the word ‘AUDIO’, which was a good guess as it showed me that there is a U, D and O in the first word and an I in the second word.

I then guessed the word ‘BLERT’ as this contains letters I have not guessed in my previous word. It was a good word to guess as it placed the B correctly in the first word as well as showing me that there is an R in the second. I decided to focus on the first word as I knew four out of the five letters and I managed to guess the answer to the first word of Dordle 95 in my next guess, which is…

Unfortunately, none of the letters were placed correctly, but it did show me that there is a G in the word. I decided to guess the word ‘GRIPS’ as it places all the known letters in a different position. This was a great guess as it placed the G, R and I in the correct places, leaving just the last two letters to be guessed.

As there weren’t many letters I had left, I did manage to guess the answer to the second word of Dordle 95 with the next word, which is…

Well done if you managed to guess one or two of the words correctly! Click here for the hints and the answers to Dordle 96!