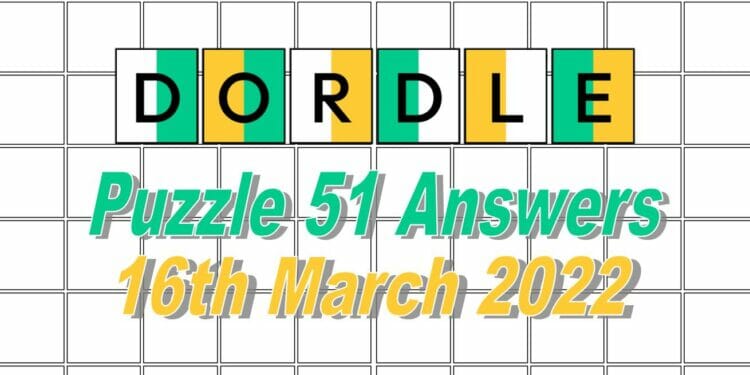 UPDATE: Click here for the hints and answers to the Dordle 52 words!

Dordle is a word puzzle game that requires players to guess the two five-letter words of the day simultaneously in seven guesses or less. The original Wordle game has up to six guesses for players to solve only one word! The rules are the same as the original where the tiles will change colour to let you know which letters are in the word and if they have been placed in the correct place.

There have been some changes that have been made to the game, so if you have any other suggestions, you could leave your feedback o the website as the developer has improved the game immensely since its release, thanks to the feedback given. There is a new puzzle released every day, so make sure you go to the website daily to keep your winning streak!

There may be puzzles that are a little harder to solve so here are some hints we have to help you solve the Dordle #51 words today.

Here is how I solved both of the Dordle words today. As usual, I started with the word ‘AUDIO’ which showed me there was an A in the first word and for the second word, it placed the A in the correct position as well as showing me there was a D and O in the word. I managed to guess the answer to the second word to Dordle 51 on my next guess, which is…

Now I knew in the first word that there is an A and E and I thought that they could be placed together, so I guessed the word ‘WHEAT’ as my next guess. This placed the A in the correct position, but not the E, which means either the word starts with E or it’s the second letter to the word. I still did not know any other letters in the word.

‘BEGAN’ was the next word I guessed and this placed the E and N in the correct positions, which left only two letters to get. I then managed to solve the answer to the first word of Dordle 51, which is…

Click here for the hints and answers to the Dordle 52 words.