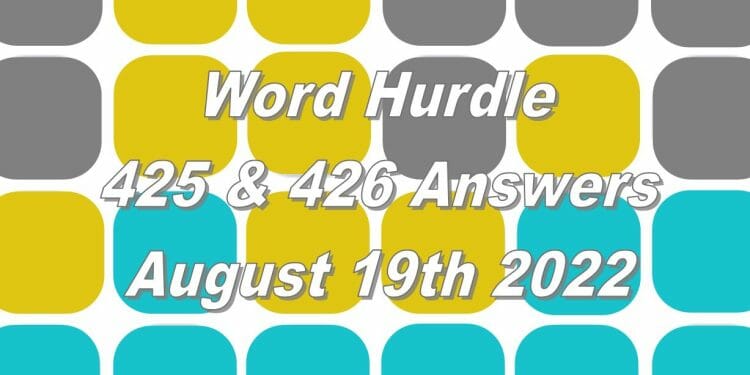 UPDATE: Click here for the hints and the answers to Word Hurdle 427 and 428!

Here are some hints we have for Word Hurdle 425 to help you to complete the word for today.

Hint 1: Contains the letter M.
Hint 2: It starts with the letter S.
Hint 3: There are two vowels in the word today (one letter).
Hint 4: A large-scale systematic plan or arrangement for attaining a particular object or putting a particular idea into effect.

The answer to the Word Hurdle 425 is:

Here are some hints we have for Word Hurdle 426, released in the afternoon of August 19th to help you to complete the word for today.

Hint 1: Contains the letter W.
Hint 2: It starts with the letter F.
Hint 3: There are two vowels in the word today (one letter).
Hint 4: There is a double letter in the answer.
Hint 5: Go or come after (a person or thing proceeding ahead); move or travel behind.