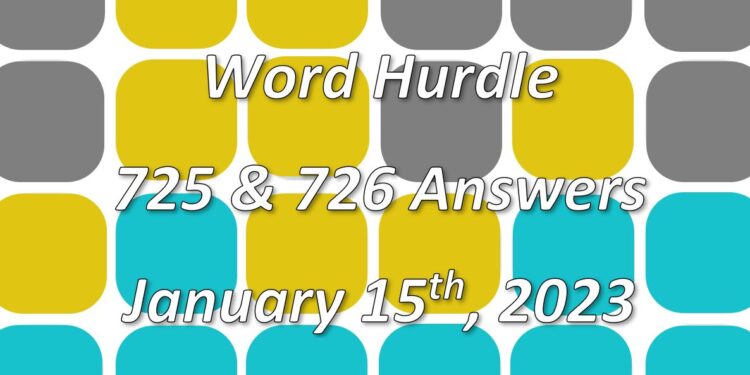 UPDATE: Click here for the hints and the answers to Word Hurdle 727 and 728!

Here are some hints we have for Word Hurdle 725 to help you to complete the word for today.

Hint 1: Contains the letter K.
Hint 2: It starts with the letter S.
Hint 3: There is only one vowel in the word today.
Hint 4: There is a repeated letter.
Hint 5: It is an noun.
Hint 6: A sharp slap or blow, typically one given with the palm of the hand.

The answer to the Word Hurdle 725 is:

Here are some hints we have for Word Hurdle 726, released in the afternoon of January 15th to help you to complete the word for today.

Hint 1: Contains the letter K.
Hint 2: It starts with the letter C.
Hint 3: There is only one vowel in the word today.
Hint 4: It is an adjective.
Hint 5: Consisting of or rich in chalk.