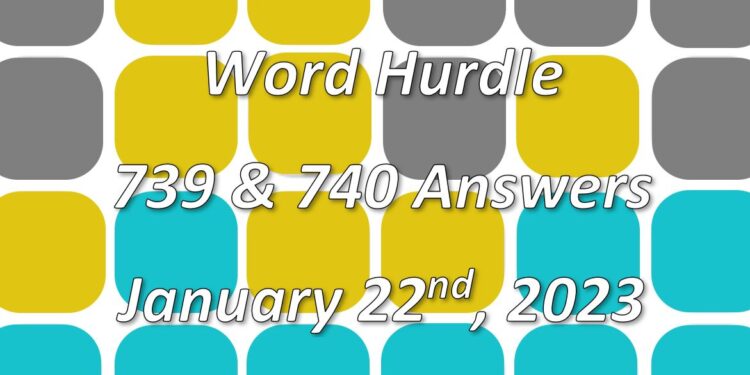 UPDATE: Click here for the hints and the answers to Word Hurdle 741 and 742!

Here are some hints we have for Word Hurdle 739 to help you to complete the word for today.

Hint 1: Contains the letter R.
Hint 2: It starts with the letter C.
Hint 3: There are two vowels in the word today.
Hint 4: There is a double letter.
Hint 5: It is a noun.
Hint 6: The part around the neck of a shirt, blouse, jacket or coat, either upright or turned over.

The answer to the Word Hurdle 739 is:

Here are some hints we have for Word Hurdle 740, released in the afternoon of January 22nd to help you to complete the word for today.

Hint 1: Contains the letter N.
Hint 2: It starts with the letter S.
Hint 3: There are three vowels in the word today (one letter has been repeated).
Hint 4: There is a repeated letter.
Hint 5: It is a noun and is a plural.
Hint 6: A small room used as a hot-air or steam bath for cleaning and refreshing the body.