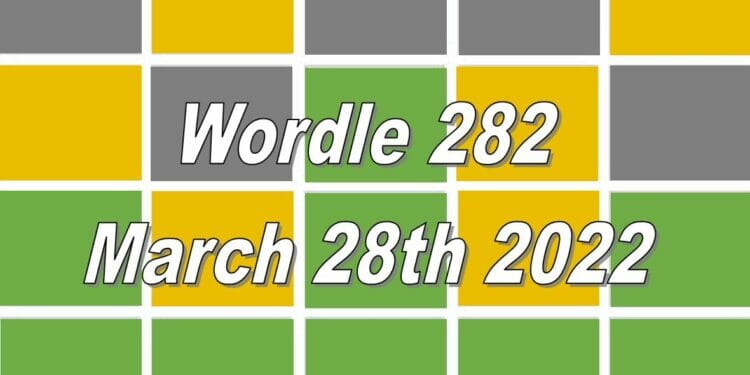 UPDATE: Click here for the hints and the answer to Wordle 283!

It can be difficult to get the game’s word at times, so here are some clues we have for Wordle 282 to help you to get the answer today.

Hint 1: Contains the letter N.
Hint 2: It starts with the letter F.
Hint 3: There are two vowels in the word today.
Hint 4: It is a word you use once you have located something that was missing.

I then guessed the word ‘MOUND’ which placed the N in the correct position, which means the word ends in ‘OUND’. There are plenty of words that end in ‘OUND’, but luckily I managed to guess the answer to Wordle 282 in my next guess, which is…

Well done if you managed to guess the word correctly today! Click here for the hints and the answer to Wordle 283!