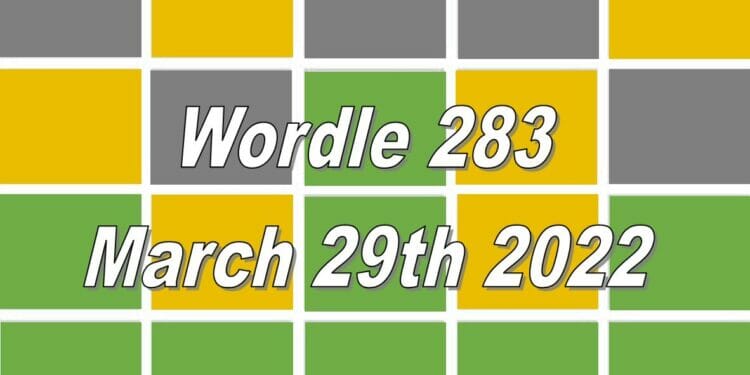 UPDATE: Click here for the hints and the answer to Wordle 284!

It can be difficult to get the game’s word at times, so here are some clues we have for Wordle 283 to help you to get the answer today.

Hint 1: Contains the letter H.
Hint 2: It starts with the letter S.
Hint 3: There is one vowel in the word today.
Hint 4: Expressing the intention of doing something in the future tense.

Here is how I managed to guess the answer to Wordle 283 today. ‘AUDIO’ was of course my first guess and this word showed me that there is an A in the word. I then guessed the word ‘WEARY’ as it has an E in it and would also place the A in a different position.

Unfortunately, no other letters in the word were revealed with this guess, but it did place the A in the correct position, which is right in the middle of the word. This made me guess the word ‘PLANT’ as it still has the A in the middle but uses letters I have not previously guessed.

This did show me there is an L in the word, although it has not placed it in the correct position. This made me think that there is either another A in the word, or the L is a double letter, which comes after the A. I guessed the word ‘SMALL’ next.

This was a great guess as it placed the S, L and L in the correct position, leaving only the second letter to be guessed. This helped me to guess the answer to Wordle 283 in my next guess, which is…

Well done if you managed to guess this word correctly! Click here for the hints and the answer to Wordle 284!