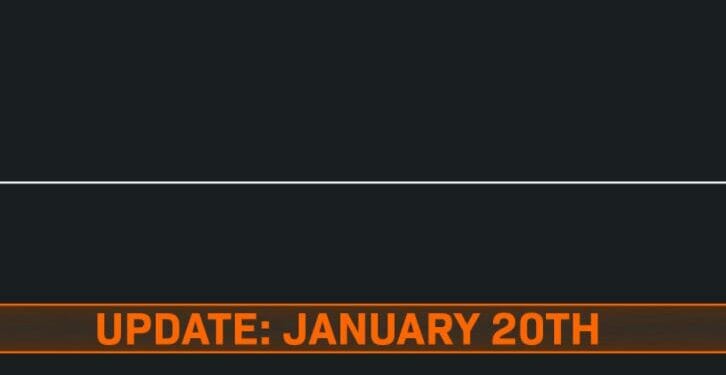 Warzone has been plagued with major bugs since the release of the new Caldera map at the start of December. The Tier 100 skin made players invisible, which has since been fixed, but Xbox players are suffering from several errors.

PlayStation 5 users are crashing constantly unless they change the resolution, and there are still several skins making players turn invisible. Due to the amount of issues with the game at the moment, Raven Software announced that next season has been pushed back in order to address the issues.

We have a new Warzone update today on January 20, 2022 and here are the official patch notes for it. 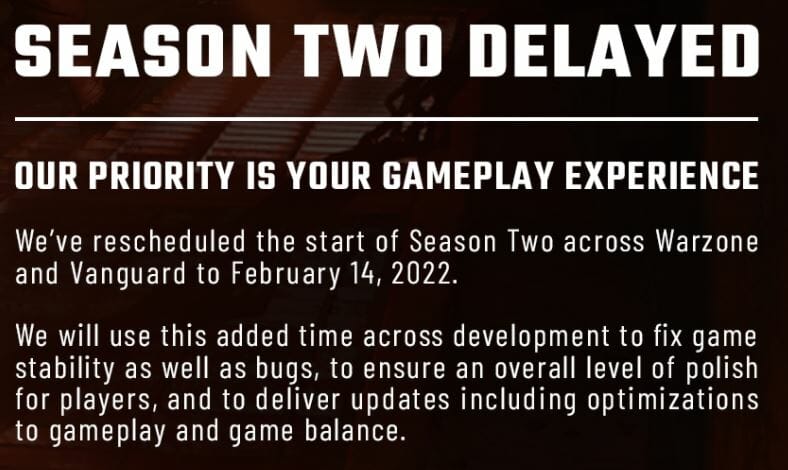 There’s been a change tot he Katana Vanguard melee weapon with the damage increasing from 135 to 150. The standing charge range has increased, the crouching charge range, but the movement speed has been decreased by 2%.

There are also a total of five bugs that have been addressed in the update, but unfortunately, most of the issues we face in each match haven’t been fixed yet including freezing at buying stations or constantly crashing.

We should see more bugs addressed within the next couple of weeks and as always, we’ll keep you updated with the latest.