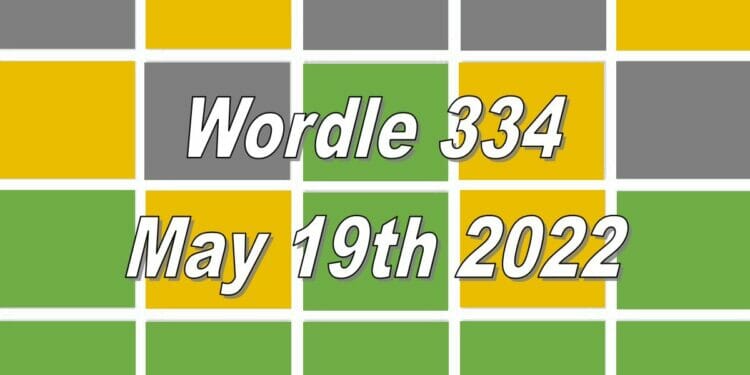 UPDATE: Click here for the hints and the answer to Wordle 335!

As the word can be quite difficult, we have some hints for Wordle 334 to help you to solve it, which are:

Hint 1: Contains the letter L.
Hint 2: It starts with the letter G.
Hint 3: There is only one vowel in the word today.
Hint 4: There is a double letter.
Hint 5: A hard, brittle substance, typically transparent or translucent, made by fusing sand with soda and lime and cooling rapidly.

Here is how I managed to solve the Wordle 334 word in four guesses today. First I guessed the word ‘AUDIO’, which showed me that there is an A in the answer, but it has not been placed in the correct position.

As there is an S in the word, but it has not been placed correctly at the start of the word, I thought that is was possible that there is a double S at the end. Even if the S was not to be in any of the last two places, it would show me the only place it had to be, so it wouldn’t be a wasted guess anyway. This was a great word to guess as it did confirm that the word ended in a double S.

There are now only the first two letters left to be guessed, which helped me to solve the answer to Wordle 334 in my next guess, which is…

Well done if you managed to guess the answer correctly today. Click here for the hints and the answer to Wordle 335!