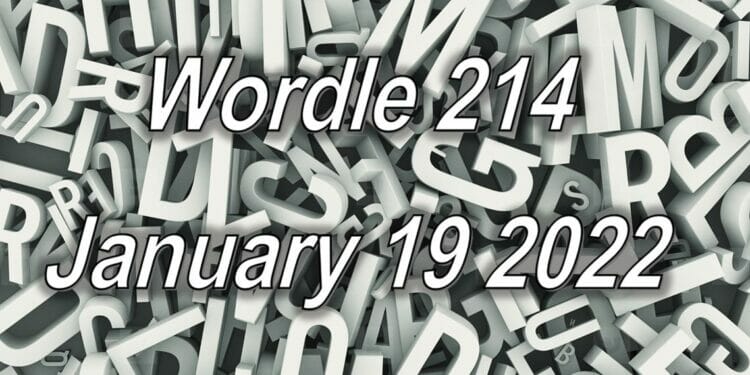 UPDATE: WORDLE 215 IS OUT. CLICK HERE FOR THE ANSWER

Wordle has now become a daily habit for many around the world, even if it is a simple yet challenging. The aim of the game is to guess the five letter word of the day in six guesses with a catch, there are no hints! You must submit actual words and once you have submitted your guess, you will see the letters turn either green, yellow or grey. Green means you have the right letter in the right place, yellow means the letter appears in the word somewhere, but not in that position and grey simply means that the letter does not appear in the word at all.

There are many ways in which you can play the game in order to decipher the new word and many have made a list of the best starting word to determine which letters will be in the daily Wordle. Some say its best to start with words that have a lot of vowels in them, so you have a better base for the word such as ‘AUDIO’. It’s also important to note that the words will be in the American English language, which can trip some people up as some spellings are a bit different.

So what is the Wordle today? Well we like to offer hints to players who may want some help, but not the answer right away so here come the hints for today’s word.

Hint 2: It starts with the letter P

Hint 3: The word is a noun and verb

Hint 4: There are many different meanings of this word. One of them is .. a dot.

Well done if you got today’s Wordle right and we will see you tomorrow for the next one!