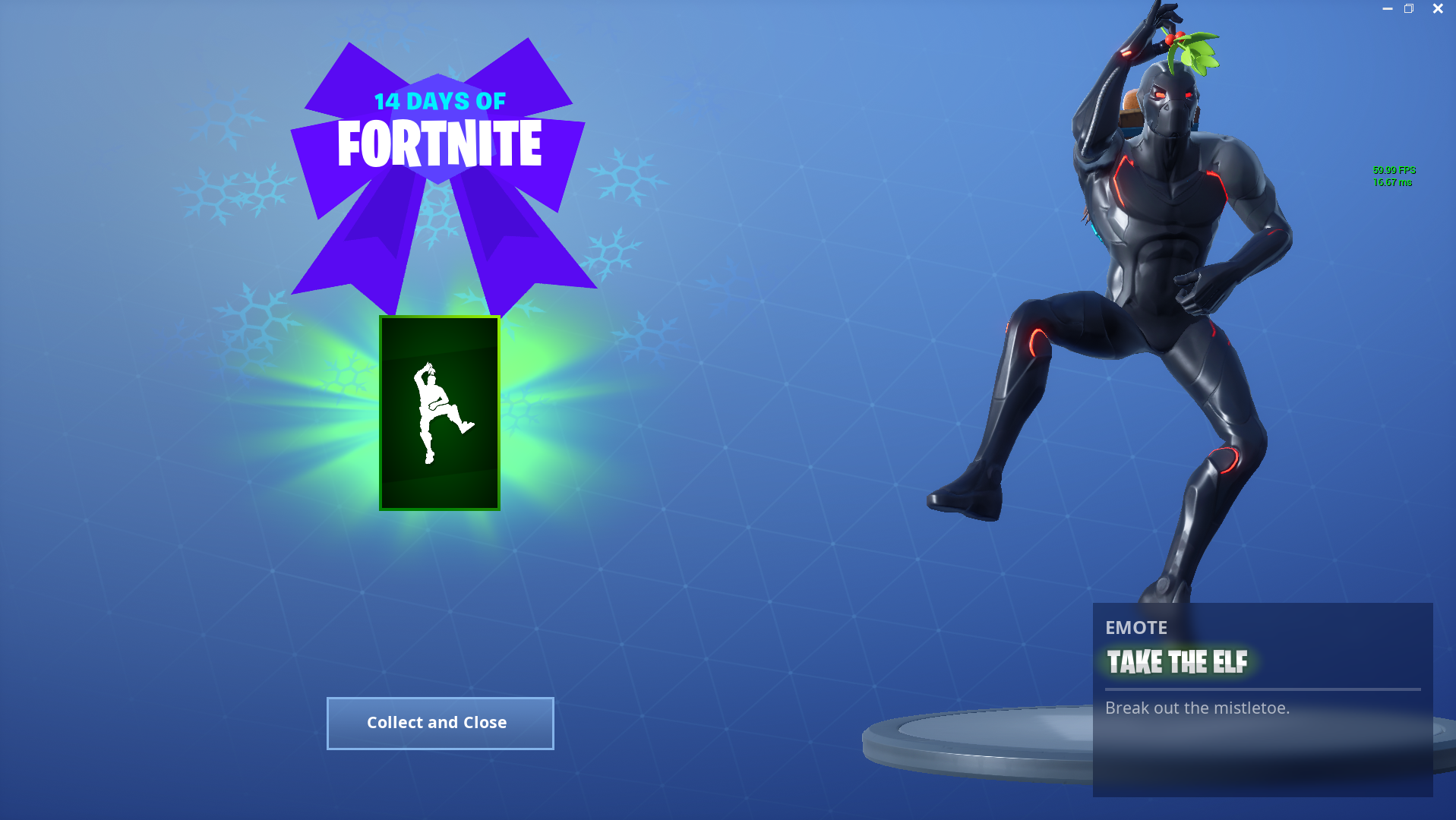 14 days of Fortnite Day 8 is live and the reward for completing the challenge, Take the Elf emote, isn’t being granted but Epic have provided an update on the issue.

Day 8 of the 14 days of Fortnite event went live an hour and a half ago where players needed to damage players with different weapons 8 times. Upon completing the challenge, players were rewarded with Take the Elf emote however, there was a bug with the reward.

Once the challenge was completed and players saw the screen above, players weren’t seeing the emote in their locker. Epic Games have now tweeted stating players will be granted the reward early next year.

We have identified an issue with the Take the Elf emote not being granted to players after completing the Day 8 challenge. We will grant this reward to all players that earned it early next year.

Epic employees are currently on a holiday break until early next year and aren’t currently available to fix the bug.