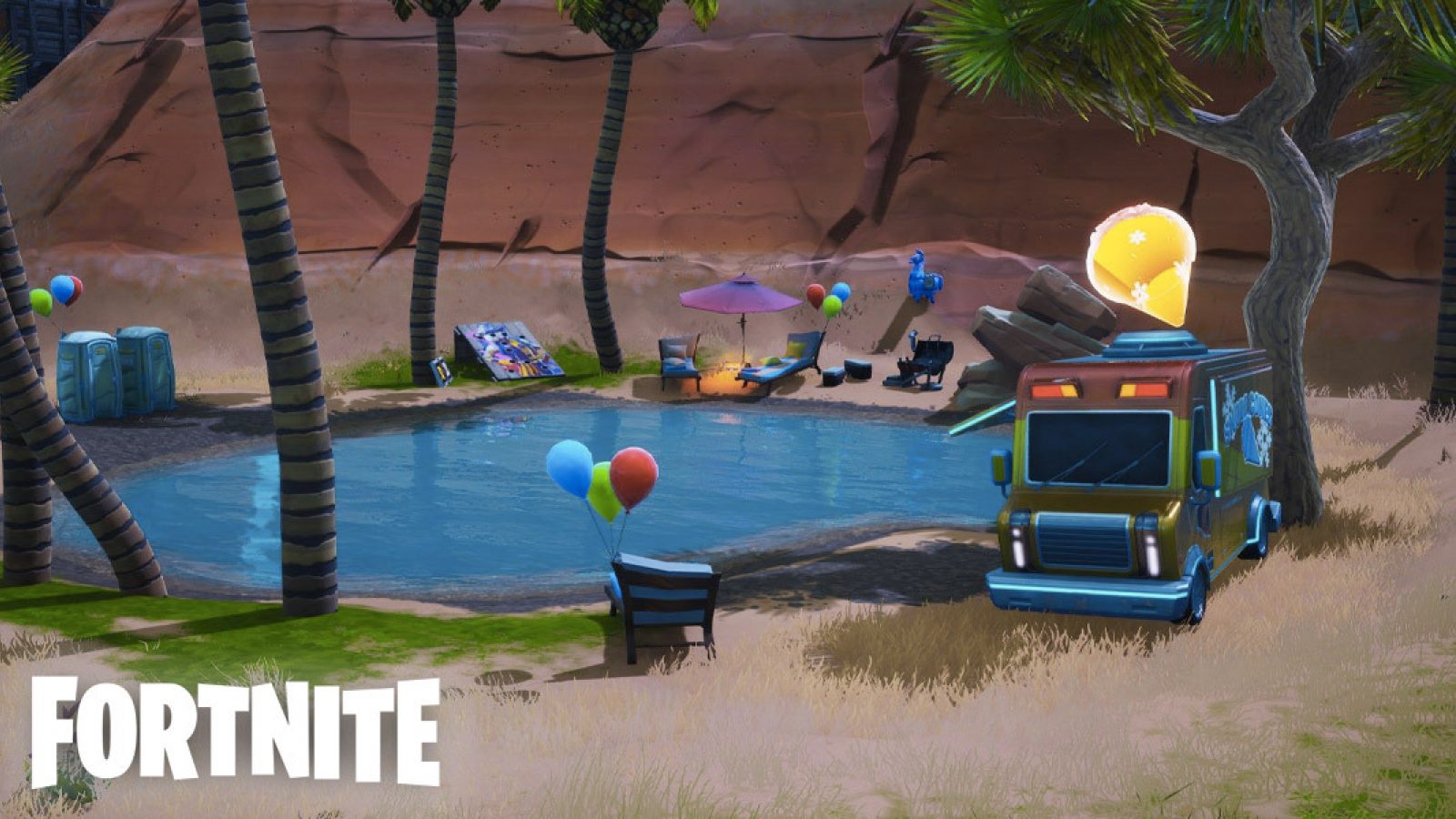 The 14 Days of Summer Day 5 Fortnite challenge and reward has been leaked ahead of time.

Day 5 of the 14 days of Summer event will go live in under 12 hours, and so far a large majority of the Fortnite player base have enjoyed the event so far. Since the event began, we’ve seen several new Limited Time Modes make their way into the playlist including use with care and splashdown, and previously released LTM’s that players enjoyed have made a reapperance including today’s Wick’s Bounty LTM, providing players another chance to receive the One Shot umbrella for winning a game.

We’ve also seen 4 weapons being unvaulted, all of which are vaulted again once 24 hours are up. The Light Machine Gun, Quad Launcher, Burst Assault Rifle and Crossbow have all been unvaulted thus far, and the list of the other weapons and items that’ll be unvaulted during the event was leaked by dataminers.

At least one new cosmetic has been added to the Item Shop each day including Summer Drift, Sofia, and most recently, the Bigfoot skin.

The challenges that have been unlocked so far include bouncing giant beach balls, thanking the bus driver and placing top 20, dancing at beach parties and eliminating players with a Drum gun or the unvaulted weapon. The rewards have been a loading screen, water balloon toy, deep end emote and the perfect blend emoji.

Thanks to dataminers, we know what the day 5 challenge and reward for the 14 days of Summer event will be, which you can see below:

The challenge for day 5 will be to pop party balloon decorations. Players will have to pop a total of 5 balloons that are scattered around the Fortnite map in order to complete the challenge.

Upon completing the party balloon popping challenge, players will be rewarded with the Sun spray:

We’ll be releasing a guide on all of the locations where you can find party balloons to pop, so you can complete the challenges as quickly as possible.