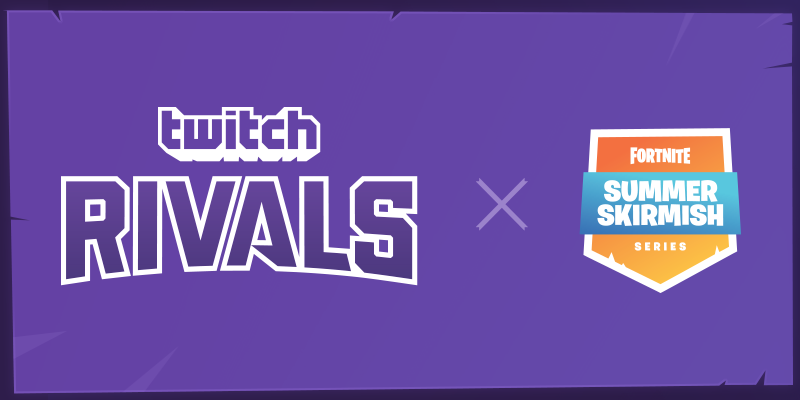 Twitch have announced a Fortnite event that they will be partnering up with Epic for the Fortnite Summer Skirmish event for the next two weeks. You can see the confirmed participants and the event details below:

Fortnite fans, rejoice! We’re excited to announce Twitch Rivals will be featuring Fortnite as one of its games for this month, with $2 million in tournament prizes at stake.

The events span across four days, two events per day, with the first on August 17. Each will be a part of Epic Games’ ongoing Fortnite Summer Skirmish Series, including 49 duo teams from EU or NA competing for $260,000 in their respective regions.

The first event in the four-event series starts Friday, August 17 with the European tournament at 9 AM PT followed by the North American tournament at 3 PM PT. You can catch all of the action on twitch.tv/TwitchRivals or watch some of the streamers’ perspectives on their own channels: