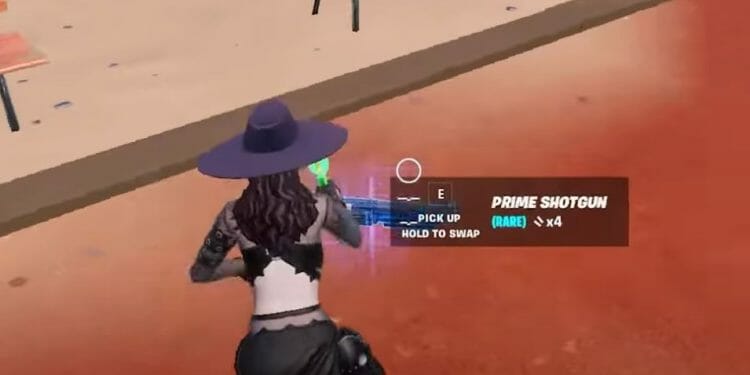 There’s a new Fortnite shotgun that was released in the July 18, 2022 patch release. Here’s everything you need to know about the Prime Shotgun.

Players have been wanting the OG pump shotgun to return to the game for some time now. The shotguns that have been introduced to the popular Battle Royale title have been subpar for the most part.

At the start of the season, we have a few new items and weapons introduced to the game, most of which have been pretty good for the most part. However, the player base has been waiting for a solid addition in the shotgun category.

We’ve had leaks as far back as a month ago stating we could get a new shotgun in the v21.30 update which went live earlier today. In the update, Epic Games added in a brand new Fortnite shotgun called the “Prime Shotgun”.

It looks like players are happy with the addition of the new Fortnite shotgun and here’s everything you need to know about it.

The new Fortnite shotgun, the prime shotgun, comes in several different rarities. The common version will deal 75.6 damage, 124.7 headshot damage, has a magazine size of 4, a fire rate of 1.05, and a reload time of 4.5 seconds.

The legendary version of the shotgun will deal 97 damage, and 151 damage to the head, and the rest of the stats are the same as above with a magazine size of 4, a fire rate of 1.05, and a reload time of 4.5 seconds.

We’ll have to wait and see what the community thinks of the new Fortnite shotgun when they get their hands on it in a match, but ShiinaBR, one of the most followed Fortnite data miners, seems to have given his approval of the prime shotgun.

THIS NEW SHOTGUN IS SICK!!! 🔥🔥 pic.twitter.com/blpXjmNmWB

If you’ve managed to get your hands on the new Fortnite shotgun, let us know your thoughts in the comments section below.