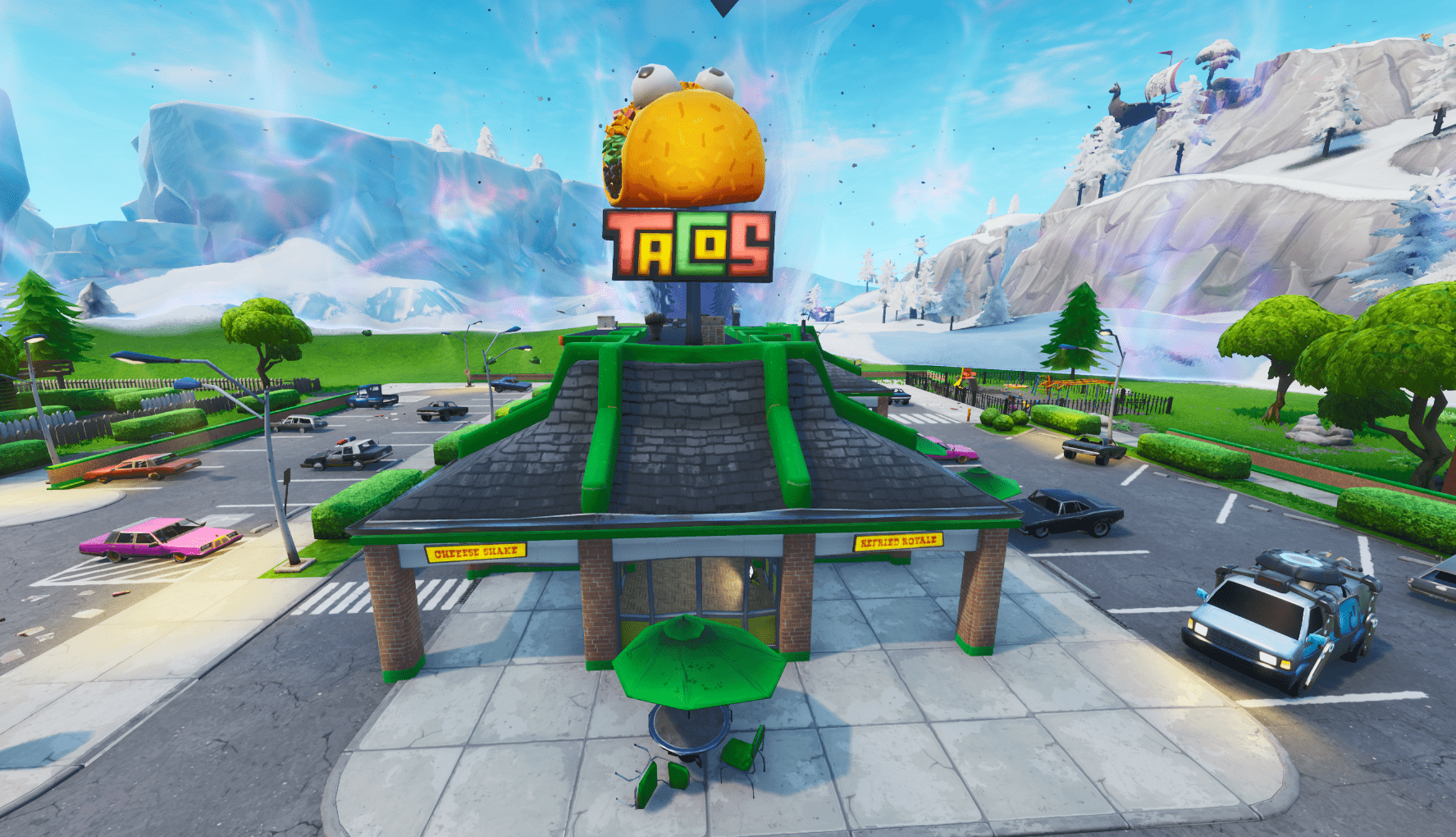 Here are all of the changes that have been made to the map in Fortnite Battle Royale in the v10.30 update.

In Season X for Fortnite Battle Royale, Epic have decided to bring back past POIs (Points of Interests) in each update, but they aren’t exactly the same as they were. The v10.30 Fortnite Update is available to download and play now, and in this update, there are quite a few changes that have been made to the map.

Since Epic have been bringing old POIs to the map at the start of the season, they were added one at a time, however in the v10.30 update, they have added Greasy Grove and Moisty Palms. Here are all of the map changes that have been made in this update.

Greasy Grove was always a popular POI and many fans were disappointed when it was frozen over in Season 7 when the iceberg hit the island. Greasy Grove was completely frozen and was then known as the Frozen Lake, but some houses were accessible through the roof. All of the snow and ice has now melted in this area and Greasy Grove is back. As soon as you enter the Rift Zone, a message appears saying, “Welcome to Greasy Grove. It’s Taco Time!”. Here is what Greasy Grove looks like:

There will be Spicy Tacos that rain from the sky and random, which will force players to dance and players are vulnerable to damage from others but they will gain health at 20 HP per second. Spicy Tacos can also be found on the floor which will give 10 health/shield and there is a temporary speed increase of 40% for 20 seconds.

Greasy Grove has pretty much returned exactly as it was, however the Durrr Burger restaurant has now changed into the Tacos restaurant, as can be seen below.

There are still three floors to this building, but now you can find posters that showcase that you they sell “burritos as big as your face”! There are many other interesting posters that have been added to this location.

The map looks quite odd since Greasy Grove has been added as it is in the snow biome, but is no longer covered in snow and the map shows a circle that is green. This could mean that the snow biome will start to melt away, but we will have to wait and see what Epic have in store.

When you enter this Rift Zone, you will see the message, “Fabulous Moisty Palms. Crouch to Prop!” You can turn into a prop when you are in this Rift Zone by crouching and can exit it by standing or using the fire button. The prop you turn into will be completely random and you can take damage.

The Prison was also a popular unnamed POI for players to land at in previous seasons and it has now returned in the v10.30 update. You can find The Prison east of Moisty Palms. This location is in the Moisty Palms Rift Zone, so you can turn into a prop in this area aswell by crouching.

Looks like The Visitor is busy at Dusty Depot making another rocket. We could be seeing another live event similar to the first Fortnite in-game Live Event at the end of this season.

Here is what the inside of the last building at Dusty Depot looks like:

Let us know in the comments section below if we missed any changes made to the map in the v10.30 Fortnite update.