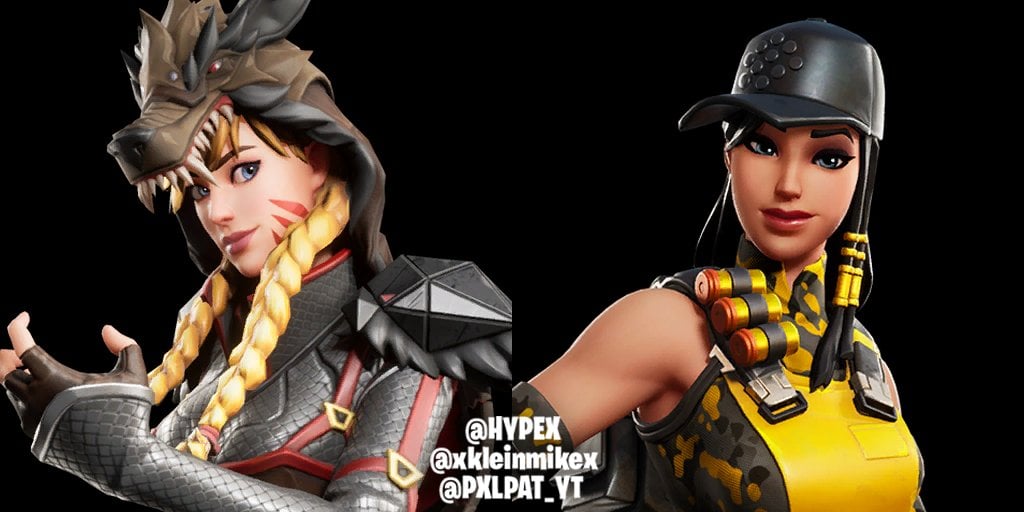 Here are all of the Fortnite Skins and other cosmetics that have been leaked for Chapter 2 – Season 1.

Looks like the next Season for Fortnite Battle Royale is finally here and data-miners have managed to leak all of the new Fortnite Skins and cosmetics that have been found in the files. These leaked files will have a lot of cosmetics that will be available in the Battle Pass for this season, but we will let you know all of the Battle Pass items as soon as they have released.

The leaked cosmetics include Skins, Back Blings, Pickaxes, Gliders, Emotes, Toys, Wraps and more and as previously mentioned, some of these may be in the Battle Pass and we will be updating this article to feature all of the cosmetics that are not in the Pass for this season.

Here are all of the cosmetics that have been found by data-miners @HYPEX, @xkleinmikex & @PXLPAT_YT:

Here is a closer look at the Battle Pass Skins:

The Victory Umbrella for the season has been found by @Lucas7yoshi and can be seen below:

Here are all of the leaked cosmetics, thanks to Lucas. We will be posting the HD images later:

We will be releasing the names, rarities and descriptions for all of these leaked Fortnite cosmetics as soon as they are known.