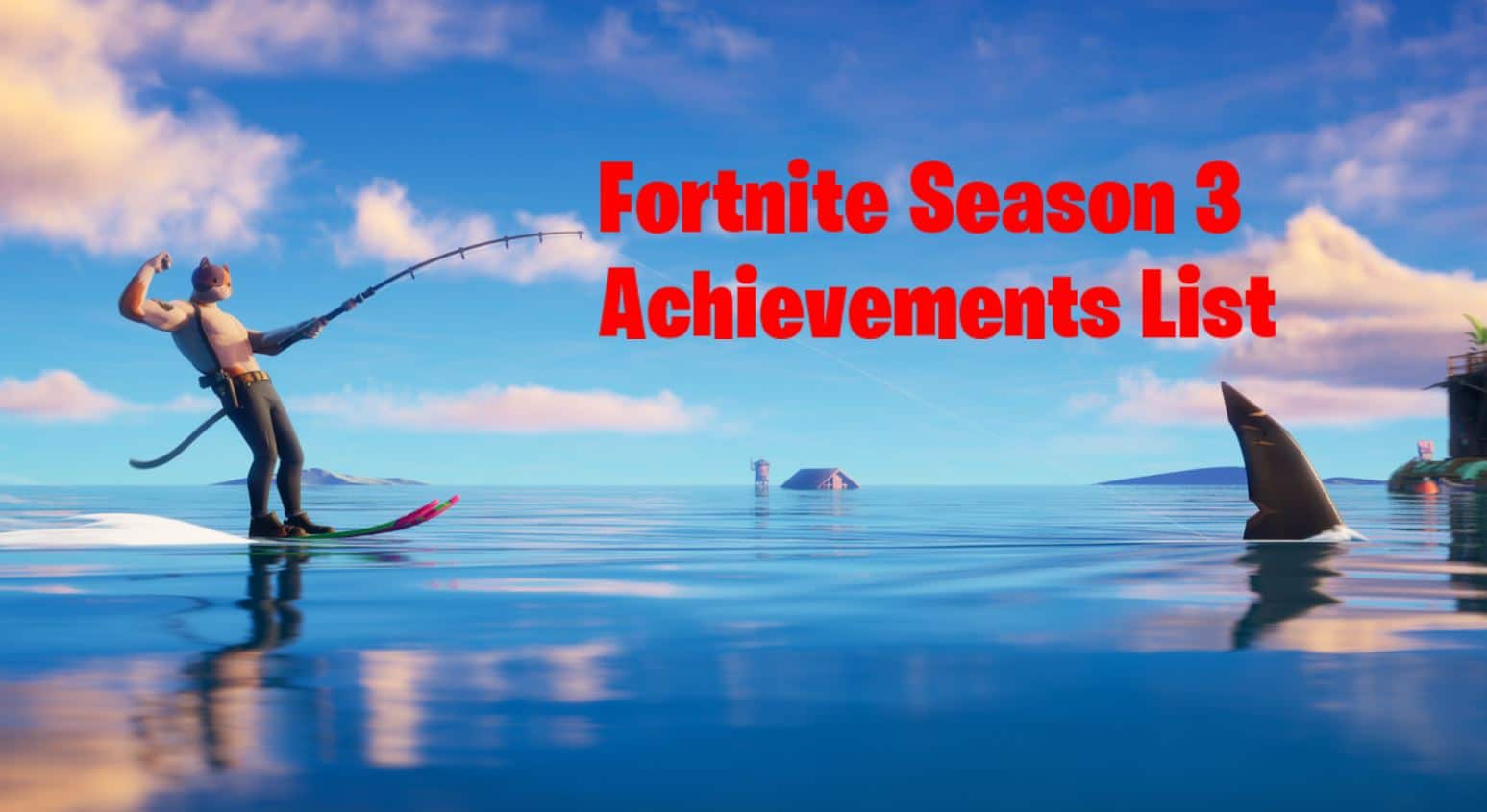 Here’s a list of all the Fortnite Chapter 2 Season 3 achievements as of v13.00.

Fortnite season 3 was launched yesterday and Epic have added a brand new list of achievements to complete. There’ll likely be more achievements that’ll be added as the season progresses, especially if there’s any collaborations similar to the Star Wars collaboration where players could earn additional achievements.

Here’s a list of the Fortnite Chapter 2 Season 3 achievements as of the v13.00 Fortnite update. If there’s any achievements added in the next update, we’ll be sure to update this list as soon as possible.