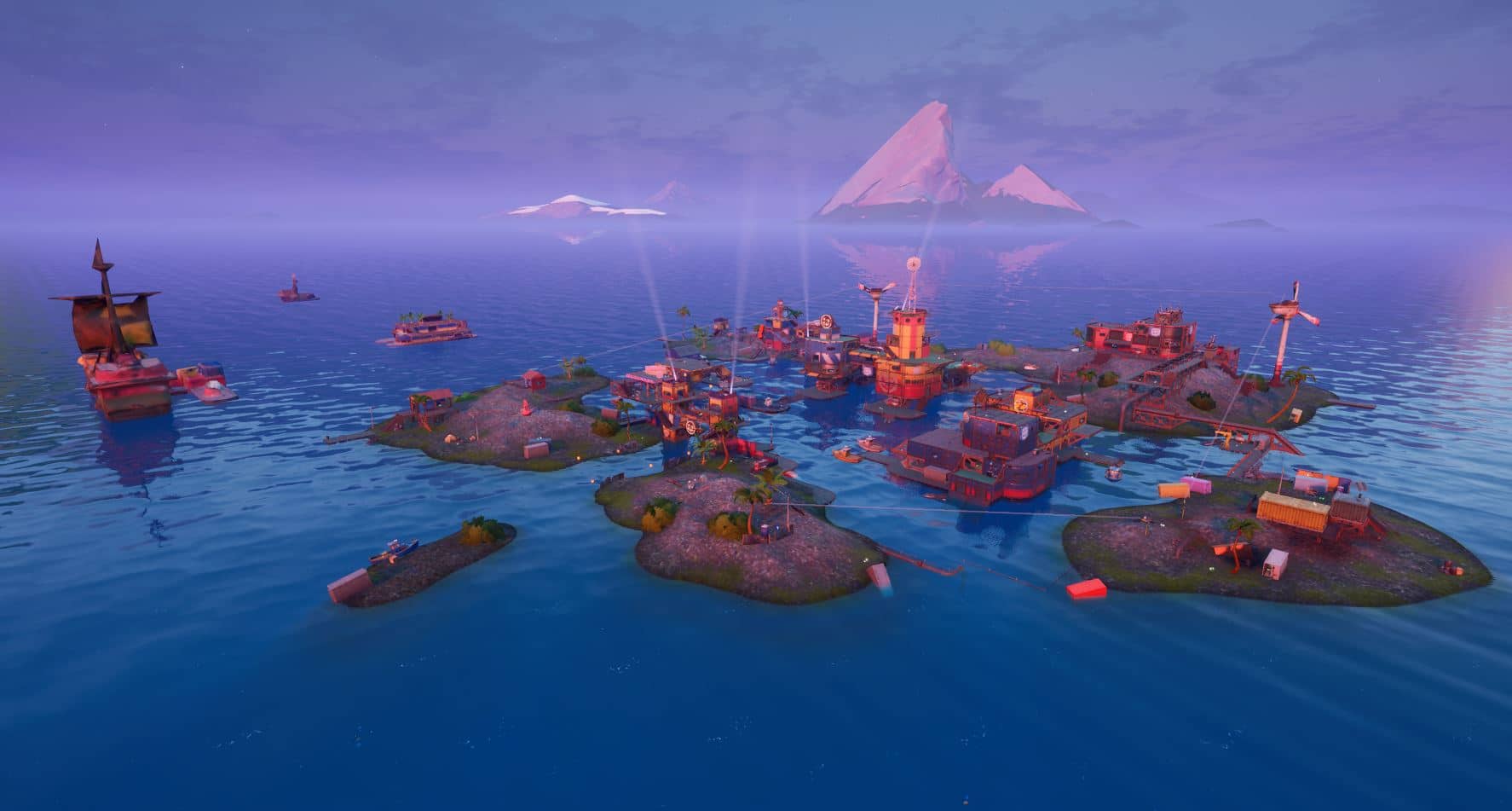 There are many map changes that have been made to Fortnite in the start of Chapter 2: Season 3 with a few new named POIs being added and many taken away. Here are all the map changes that took place in the v13.00 update.

With the launch of Fortnite Chapter 2 Season 3, there are many changes that have been made to the map, where four new named POIs (Points of Interest) have been added and there are also many POIs that are no longer named on the map.

Looking at the map, we can see how much land has actually been flooded from the previous season, and there is now only 13 named POIs on the map, which are:

We will be going through some of the main POIs that have been added in this update and you can see what the Fortnite map looks like now:

The Fortilla can be found southwest of the map and this location was actually shown to us by Epic Games in the teasers that were released for this season. It appears to be a floating city, which has a Helicopter Pad in the middle for the Choppas and there is also a pirate ship at this location.

The Authority has replaced The Agency from the old map and is essentially the same, however looks more like the Shadow faction have taken over. There appears to be a wall built around The Authority, likely to keep the surrounding water at bay.

Catty Corner is located in the mountains, southeast of Lazy Lake and here is where you will find the Boss Kit. One of the challenges for the first week of challenges requires you to enter the vault in this location and we have a detailed guide on how to do that here.

The Oil Rig was blown up last season when it was taken over by the Shadow faction and it looks like the Rickety Rig is the same as this, although there is a lot of this location that is still underwater and it seems to be more spread out.

There are other POIs that have been completely flooded over, but you can still see the ruins underneath and it will still show the names of these locations when you swim over them. Places like Pleasant Park and Holly Hedges are still named locations on the map, however have changed due to the flood.

According to leaks, the water will slowly start to recede, revealing the ruins of some of the old POIs that are currently underwater. Last season, there weren’t many map changes that were made from update to update but it looks like we can look forward to more frequent changes this season and we will see the damage that has been done to the old POIs.