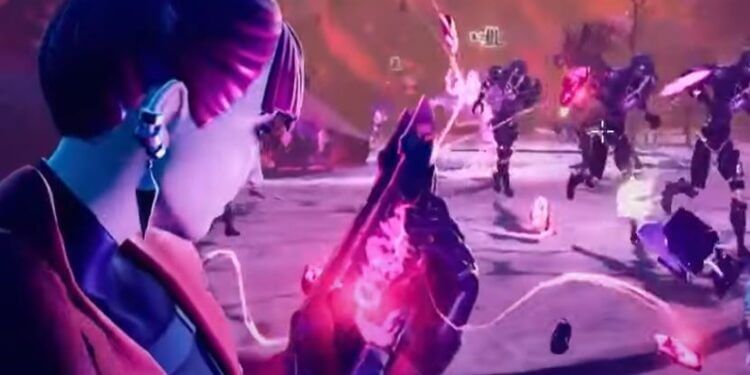 Here’s all the weapons and items we know have been vaulted and unvaulted in Fortnite chapter 2 season 8.

We finally have a new season of Fortnite Battle Royale. The servers are up and players are able to purchase the new Battle Pass, get hands-on with the new weapons and items, and explore all of the map changes that have occurred following the Operation Sky Fire live event.

Every new season of Fortnite brings new weapons to the game and season 8 is no different. We have two Sideways weapons, the Mini Gun and the Rifle, along with Venom and Carnage Mythic Symbiote weapon items.

We’ll likely see more new weapons added as the season progresses with Data-miner Hypex stating that Epic are working on a Sideways Shotgun and a Sideways Scythe. Hypex has already posted some information on the Sideways Scythe including the abilites which include a Dash, Smash, Charge and Jump attack.

Although we have new weapons, each new season of Fortnite brings changes to the loot pool by vaulting and unvaulting both weapons and items. Here’s a list of Vaulted Fortnite season 8 weapons.

This list for the vaulted Fortnite season 8 weapons and items is likely incomplete as there hasn’t been enough time to check out the loot pool this season. However, here is what we know has been vaulted:

Here’s the weapons we know have been unvaulted. We also have the War Effort that allows players to vote if they want a specific item to be unvaulted. So far, it looks like players have the option to vote to get the mounted turret unvaulted.

We’ll update this as we find more weapons that have been vaulted or unvaulted in Fortnite chapter 2 season 8.