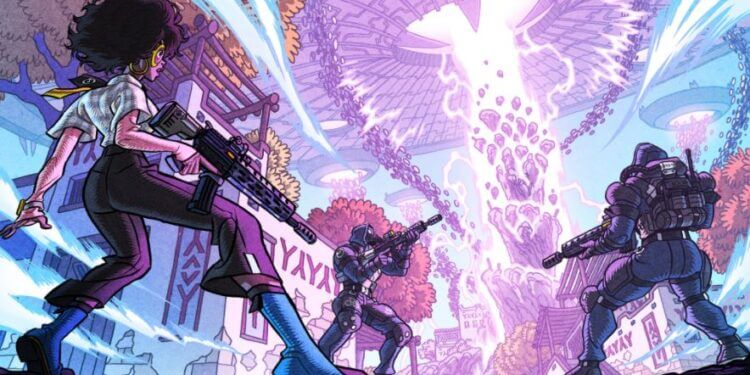 We have four new Fortnite season 7 weapons. Here’s a look at all them including descriptions and stats.

Fortnite season 7 is finally here. We have driveable UFOs, a superman and Rick & Morty skins, a few map changes, the return of Battle Stars, Loot Llamas now running around the map, and much more.

As with all new seasons of Fortnite, we also have some brand new weapons. The primal weapons that were introduced in season 6 have now been removed and will probably never return to the game in any capacity.

To replace those primal weapons from last season, we have new weapons. As of the v17.00 Fortnite update, it looks like we have a total of four brand new weapons, although it seems likely that’ll we’ll get more as the season progresses.

Here’s a look at all the new Fortnite chapter 2 season 7 weapons.

The Recon Scanner Fortnite weapon launches a recon bolt that will mark nearby chests and enemies for a player, similar to how a flare gun works. It’ll deal 98 damage to a player if you manage to land a direct hit. There’s a magazine size of 2, a fire rate of 3, and a reload time of 3.6 seconds.

The Rail Gun Fortnite weapon is a high tech rifle that’ll change up and fire a single powerful shot. This weapon is great for dealing with enemies stuck behind walls. There’s three variants for this weapon, rare, epic, and legendary. The legendary variant deals 94 damage, has a magazine size of 1, a fire rate of 1, and a reload time of 2.7 seconds.