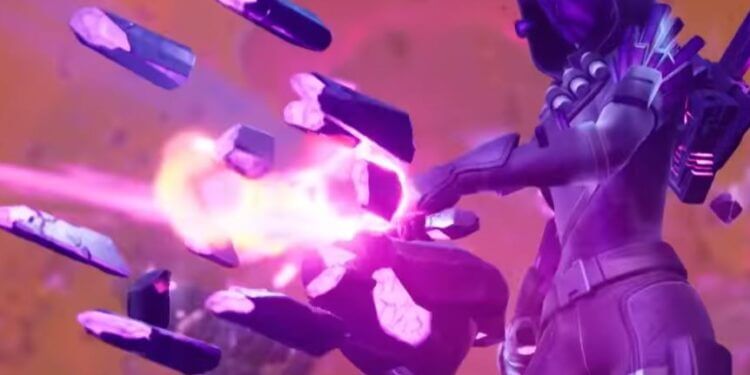 Here’s a list of all the new weapons and items in Fortnite chapter 2 season 8.

We’ve had downtime for Fortnite since the end of the Operation Sky Fire event. The servers are still down but the update has been pushed live on all platforms. Data-miners have already leaked everything new that was added.

We’ll be getting a 4th Fortnite Battle Royale birthday event soon, and some of the assets have been added to the files which have already been leaked. We also know all of the new weapons and items that’ll be available this season.

We have some Mythic weapons in the form of the Venom and Carnage Symbiote. We’ll likely release a guide on where to find these Symbiotes when the servers are back up.

As stated by the Epic Games Insider, we have Sideways weapons. We have a Sideways rifle and mingun. We also have a Boss Minigun and Slone’s Burst Assault Rifle. Here’s a look at the new season 8 weapon stats.

The sideways rifle gets bonus damage when the weapon i shot. The Epic version of the gun deals 32 damage with a fire rate of 3.5 and a reload time of 2.66

The Boss Minigun is a heavy weapon with high damage, an extreme rate of fire, and a huge magazine size. However, it’s very inaccurate unless firin from a fixed position in short bursts. It deals 24 damage to players with a fire rate of 7 and a reload time of 4 seconds.

We’ll be covering the Carnage Symbiote and the Venom Symbiote is a seperate article that’ll include where you can find it and the features of the mythic weapons.