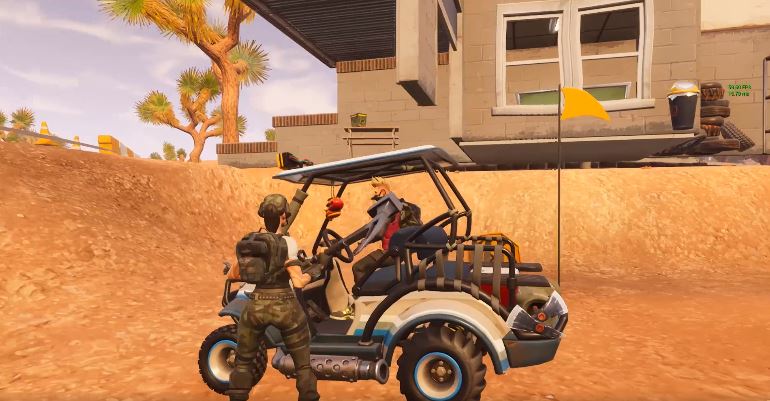 Season 5 has brought many new and exciting things to Fortnite, including All Terrain Karts (ATK). These can be found in different areas of the map and are a good tool to travel around quickly. Up to four players can fit in one ATK, which means you can travel with your whole squad! Passengers in the rear of the Kart can help to avoid obstacles by leaning back and releasing at the same time as all players in the ATK, which will make the Kart jump higher.

The roof of the ATK can also be used as a bounce pad, however Reddit user BobbyBoJanglles found that this was not always the case:

"tHe rOoF aCtS aS a BOuNcE pAd" from FortNiteBR

This issue has been addressed by EpicDustyDevo, stating that it has been fixed for the next build/update. So to be on the safe side, it’s best not to jump on the roof of the Kart from a significant height.

Another feature of the ATK is the speed boost after drifting, which is called the powerslide. For the most part, there aren’t many issues with this, apart from a mistake that seems to have been made where it states that the L1 is used for switching places and for powerslide, as can be seen below: 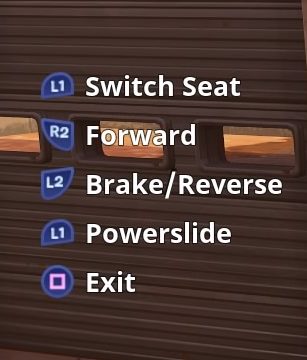 This only seems to be an issue on the Old School and Quick Builder Layouts on PS4. The R1 is the actual button for powerslide for those playing with these layout.

It seems as though getting under the map glitch is something that likes to make an appearance with new vehicles! Reddit user FedAndHungry has posted a video to show the glitch in action:

This is a glitch we have seen with Shopping Carts in the past and it is possible that the ATK’s could be disabled until Epic work on the fix.

With all that being said, the ATK is a nice addition to Fortnite and is a quick an easy way to get around the map. It’s also a fun way to play mini games with friends on the Race Track, located near Paradise Palms.