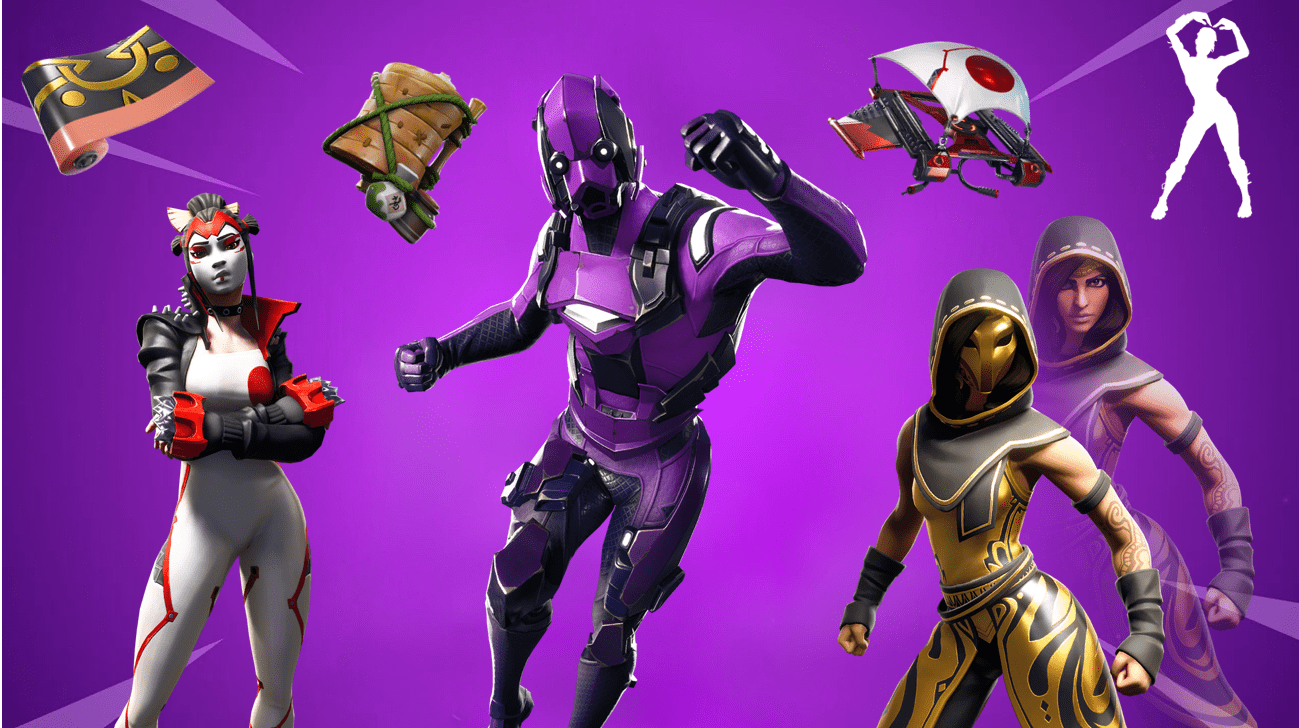 Here are all of the cosmetics that were leaked in the v9.10 Fortnite update and are yet to be released. The leaked cosmetics include skins, back blings, gliders, wraps and emotes.

Dark Deflector (Legendary) – Darken the course of the battle

Dark Razor (Rare) – On the verge of being too dark

Here is what the Ripple wrap looks like on a weapon:

Here is what the Converge wrap looks like on a weapon:

Here is what the Emblem wrap looks like on a weapon:

The Wilde and Dark Vertex skins will not be available in the Fortnite Item Shop for different reasons. The Wilde set will in fact be a part of a Starter Pack which will include the Wilde skin, Palette Pack back bling and 600 V-Bucks. The release date is still unknown, but we will keep you updated when it is available in the store. This pack will replace the Laguna Starter Pack in store at the moment, so make sure you get it before it is removed.

Which cosmetics will you be buying once they are available in the shop?