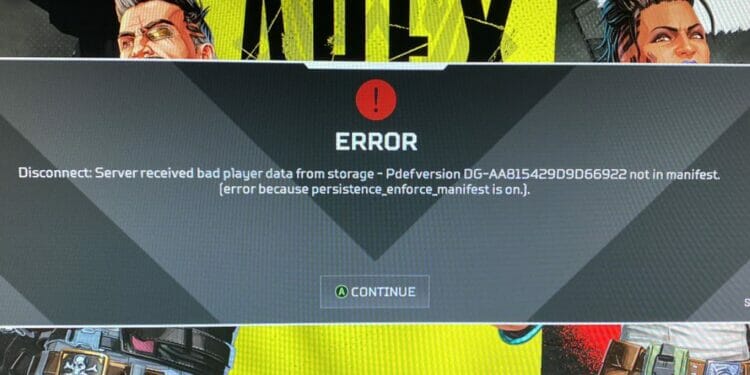 There are issues with the Apex Legends servers on February 11th/12th 2022 with players receiving the bad player data error from storage message. Here’s how to fix it.

Season 12 of Apex Legends released a few days ago with a new legend, new game mode, Battle Pass, and some weapon and legend changes. As with most season launches for Apex, there were server issues.

However, this time around, the server issues were caused by the sheer amount of players logging in. Apex Legends has had a solid player count on PlayStation and Xbox especially, but the player count has been picking up on steam.

The season 12 launch saw the highest concurrent player count since the game released on Steam, with a peak of 392,000 players. The previous record was 330,000 in May and later in August 2021. 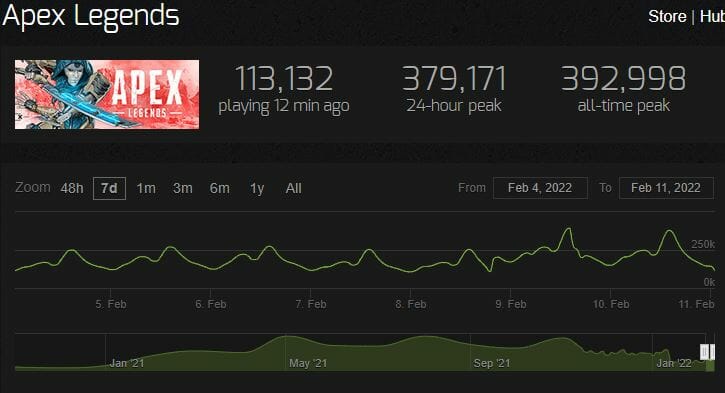 A new hotfix update was pushed out less than an hour ago, which fixed the issues with the teamwork badge being obtainable in contro, a fix to Peacekeeper rapid wfire with the Kinetic Feeder, and script errors with the new Control game mode.

As expected, this update has managed to cause a number of error messages for players, and the servers are also down for most players. Here’s everything you need to know about the error codes.

We’ve seen a large number of reports stating that they are getting a “server received bad player data from respawn storage” error. This is due to the issues with the servers and there likely isn’t anything you can do.

Some players have reported that restarted their game several times seems to fix the issues, but others have stated the bad player data from respawn storage error persists even after restarting several times over. 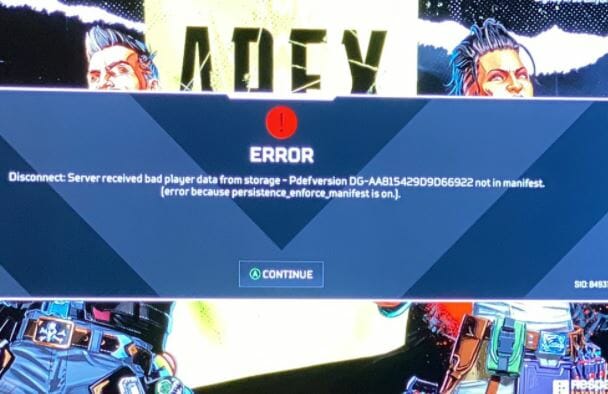 We’ve seen some suggest to delete and reinstall the game, however, we do not recommend doing this. The issue isn’t with the game download, the issue is server side due to the new hotfix that was pushed out. We’d suggest waiting it out until the issue has been resolved on Respawn’s side.

If players aren’t getting the server received bad player data error from respawn storage error, they are getting the disconnect persistence error message. Again, you can try restarting your game a few times to see if it’ll get rid of the disconnect persistence error message in Apex Legends. If it doesn’t, again, you’ll need to wait it out until a fix is pushed live.

As of writing, the Apex Legends servers are still down for most players. There are more reports with not being able to log in on Steam than any other platform. We’ll update this when the servers are back up and fully functioning.