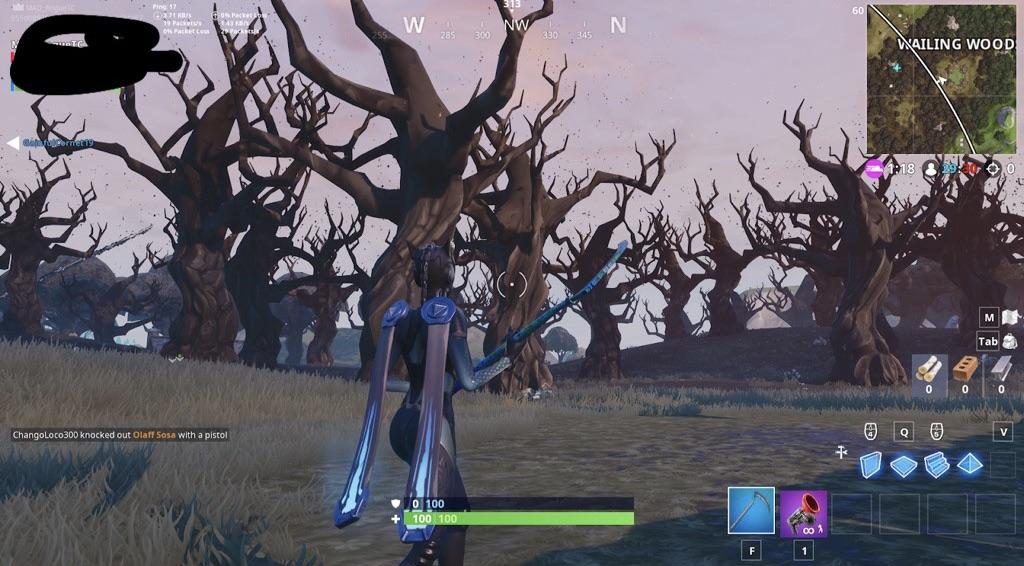 Smoke and ash is emitting from Wailing Woods.

For the past two weeks, earthquakes have been creating cracks/fissures on the Fortnite map in the lead up to Fortnite Season 8. We’ve had three teasers revealed by Epic Games to start creating the buzz for the impending season. The Fortnite community have pieced all three teaser images together, and it appears as though Epic Games are hinting that there’ll be a volcano on the map in Season 8.

Reddit user gotjabbed, has flipped the third teaser in order to give players an idea of how the fourth teaser image may complete the volcano at the bottom of the image.

A map was leaked in the v7.40 files which showed Wailing Woods and the surrounding areas being burnt, and now ashes and smoke is emitting from the ground at Wailing as shown in the video posted on Reddit:

Wailing has ashes coming out from the ground! from FortNiteBR

Reddit user mgcrevier, has also discovered a bug which shows dead trees at Wailing Woods. It’s likely that this could be what Wailing will look like prior to Season 7 ending. If there is to be a volcano, it’s extremely likely Wailing Woods will be the location chosen by Epic Games. It also makes sense as the fourth stage of the Prisoner skin was unlocked near Wailing, which could be the cause for the smoke and ash, as well as the trees dying.

We won’t know for sure until Season 8 releases tomorrow. Be sure to follow us over on Twitter @Fortnite_BR and turn on website notifications so you’re kept up to date with the build up to Season 8!