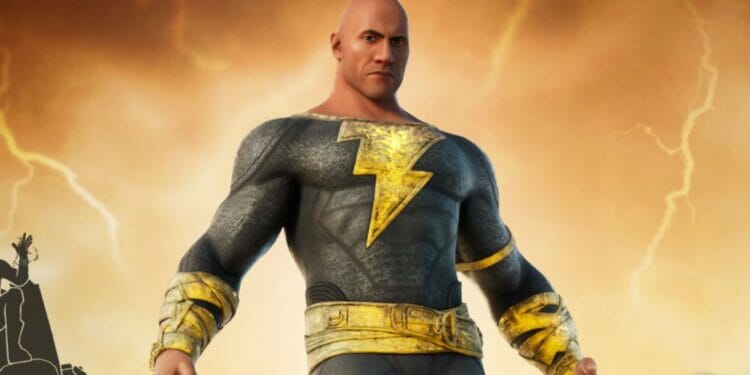 Dwayne “The Rock” Johnson has confirmed a Black Adam DC Fortnite skin will be coming to the item shop in the near future.

The Fortnite metaverse continues to grow. From the first collaboration back in Fortnite chapter 1 season 4 to the several major collaborations we get each season.

Prior to chapter 2 season 4, we never had any Battle Pass cosmetics that were part of a collaboration. However, season 4 in chapter 2 changed that with a Marvel-themed season.

Not only did we get a Battle Pass full of Marvel cosmetics, we also have bosses, mythic items, and POIs that were Marvel-themed.

This season, we have Spider-Gwen in the Battle Pass and we’ve seen the release of X-Men’s Laura Kinney X-23 skin hit the item shop.

It looks like we know what and when our next collaboration will be; Black Adam. Here’s all the information we know regarding the latest DC x Fortnite Collaboration.

Both Dwayne “The Rock” Johnson and Epic Games have confirmed the release of a Black Adam Fortnite skin on social media.

Dwayne Johnson tweeted announced that the world premiere for Black Adam will be live-streamed tomorrow on Twitch at 6:30PM ET that will include the reveal of the Black Adam Fortnite Skin.

Tune in TOMORROW to the #BlackAdam WORLD PREMIERE livestream on Twitch @ 6:30PM ET and catch the bad ass reveal of the #ManInBlack in @FortniteGame!

Epic Games revealed an image with the cosmetics on the official Fortnite Twitter account including a look at the Black Adam Fortnite skin, a back bling, a pickaxe, and an emote.

Here’s a look at the upcoming cosmetics: 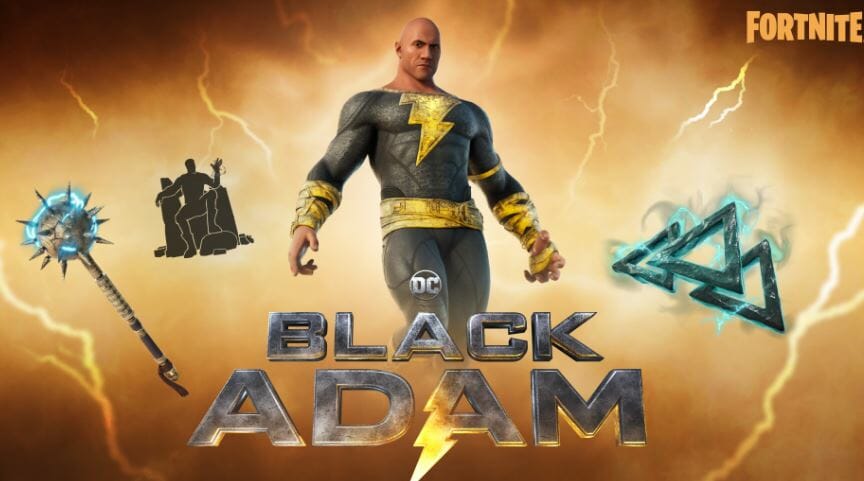 The Black Adam x Fortnite DC cosmetics set will be available to purchase from the item shop on the 20th of October 2022.

As usual, there is no information regarding the price of the cosmetics. We’ll have to wait and see whether this collaboration only includes the cosmetics that were revealed today.