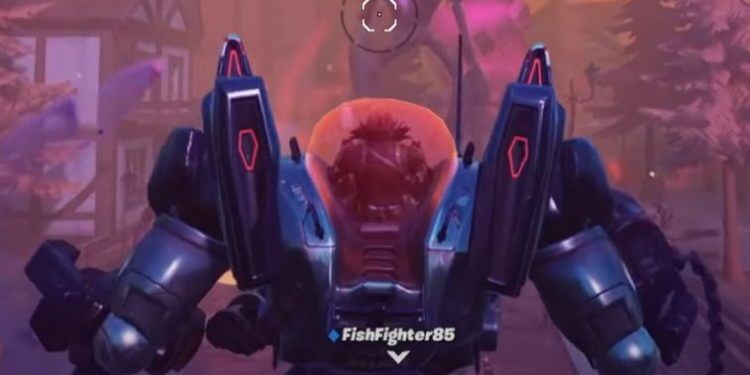 It looks like Brutes (mechs) will be making a return in the form of The Salvaged B.R.U.T.E. along with shopping carts.

After two weeks of content updates, Epic Games released a new major patch update today, v18.40. Some data-miners have mentioned that this could be the final update of the season with chapter 2 season 8 scheduled to end at the beginning of next month.

Epic have been posting patch notes this season and the v18.40 update is no different. Epic have listed all the changes and bug fixes in the update including more information on the Naruto and Team 7 collaboration which is currently live in-game. Here’s the official Fortnite v18.40 update patch notes.

Three major bug fixes were pushed in today’s new update including Grapplers returning to Team Rumble and Battle Lab, collection book entries and now viewable again in performance mode, and cars will no long disappear or move when entering or exiting them.

The Brute (mech) was added to Fortnite back in chapter 1 season x. However, many players were unhappy with the mech as most players considered them overpowered. However, players will have the chance to vote to unvault the brutes.

The Salvaged B.R.U.T.E. is the new mech in chapter 2 with less armour and no overshield, making it easier for players to destroy the mech and anyone in it. As soon as the Brute has been fully funded, it’ll be added into the game.

Shopping Carts Are Back

Shopping carts were added back in chapter 2 season 4 and were then vaulted four seasons later in season 8. They’ve made an unlikely return in the v18.40 update with no changes made as to how they work. They can be found at shopping and residential areas including Retail Row and Holly Hedges.

With the Naruto collaboration comes a new weapon, the Paper Bomb Kunai. We’ll have more information on this in a separate article.