Changes to the Slurp Juice Coming in V5.1 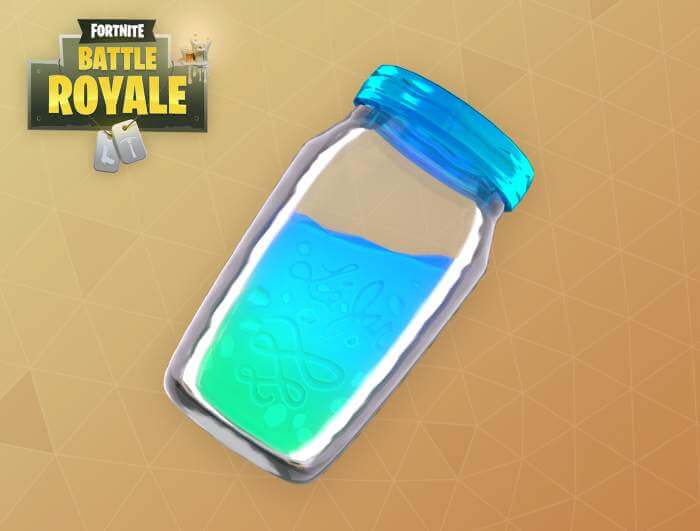 The Slurp Juice was first introduced to Fortnite Battle Royale in V.1.8.0 and was the first healing item that would increase both health and shield when consumed. It is of epic rarity and increases health and shield by 1 per second and can give a total of 25 health points and 25 shield points.

This is a great consumable which can help you when you need a quick health boost whilst you are engaging an opponent in fights as it slowly generates health over 25 seconds and only takes 2 seconds to consume. You are only able to consume one Slurp Juice at a time.

There have been a few players that have suggested that changes need to be made with the Slurp Juice, as you may not be able to get the maximum use out of it. For example, if players have max health but no shield, consuming a Slurp Juice will mean that players will only get 25 shield and essentially miss out on 25 points. If players have really low health but a lot of shield, it would be more beneficial for health to be increased to maximum first, as storm damage and fall damage only affects health.

Reddit user HalfHealth is the most recent player to suggest the following changes need to made to this consumable: 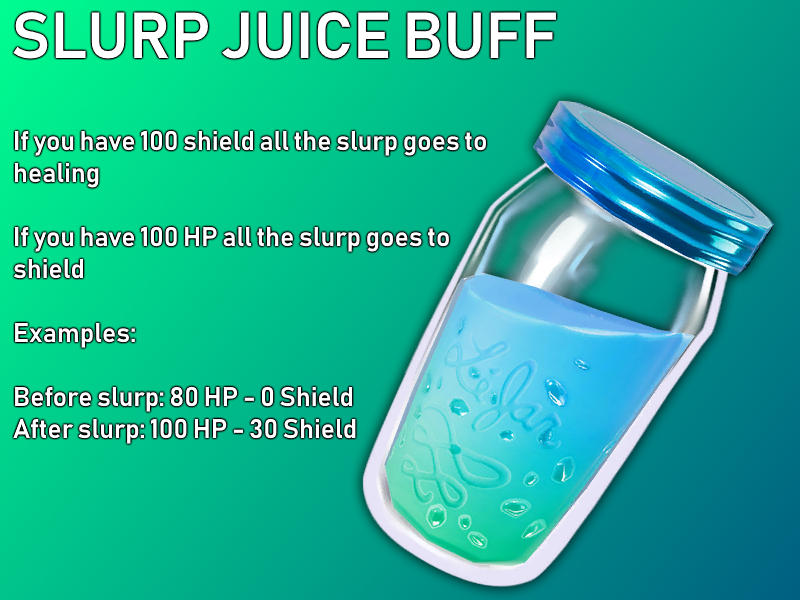 He has suggested that health is the main priority and that the Slurp Juice should first increase health to max before increasing the shield points.

This post has caught the attention of Epic employees and it looks like there will be a buff to this item in V5.1, as stated by Eric Williamson, the Design Lead for Fortnite:

So it looks like not only will the Slurp Juice prioritise health first, but it will also be increased to an overall of 75 points instead of the 50 points and will be healing 2hp per second instead of 1.

We will keep you updated on any new information.