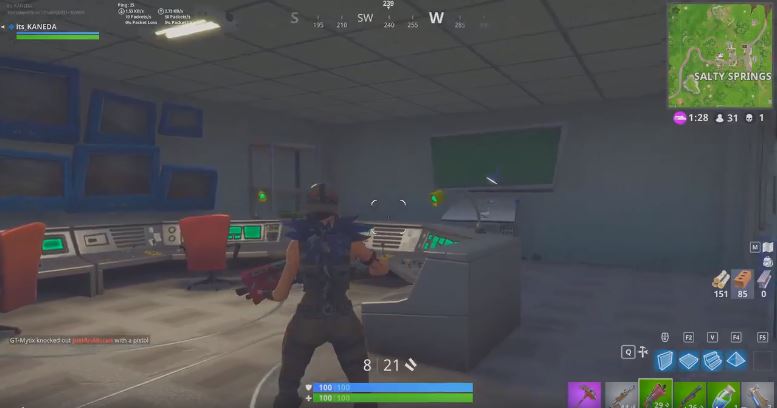 Today saw the launch of Season 4 in Fortnite Battle Royale, and a lot of changes have happened on the map for the new season. One of those changes is the addition of a hidden bunker/command centre that is located under the house in Salty Springs.

As you can see from the Reddit post above, one of the ways to access the Command Centre in Salty Springs is to drop in the hole found under the stairs.

i just found this new hidden place from FortNiteBR

There is likely to be more Command Centres around the map and could possibly be a new challenge in the upcoming weeks to visit them.

Let us know if you have found any more of these Centres in the comments section below.