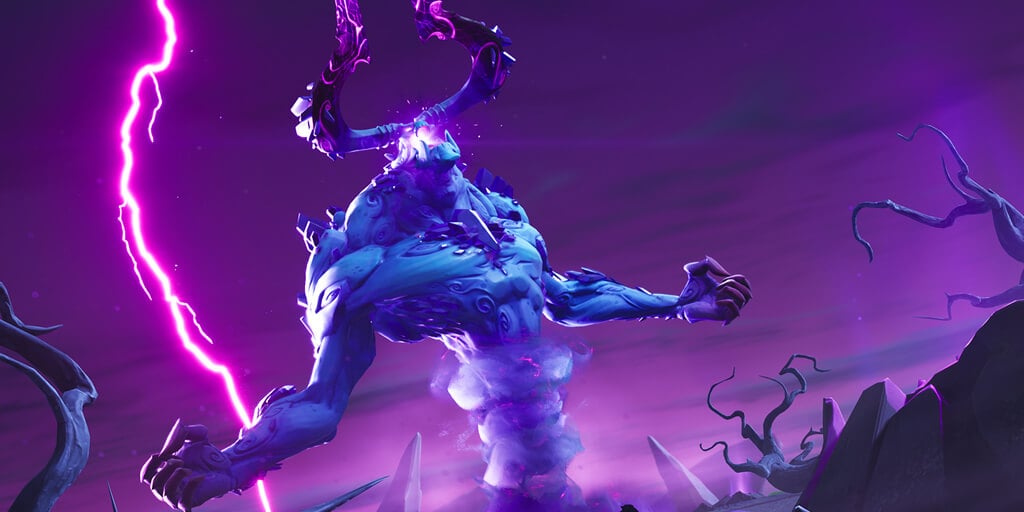 Here’s what to expect in tomorrow’s v11.10 Fortnite update patch notes including the Fortnitemares event and the Pumpkin Rocket Launcher.

There’s a good chance Epic won’t release official patch notes for the v11.10 Fortnite update tomorrow, however, it’s likely they’ll release a blog post regarding the update for the Fortnitemares event that’ll go live tomorrow at 9 AM ET. Here’s what to expect from tomorrow’s update.

The first leaked Halloween-themed skins that were available in the item shop were the Jawbreaker and Teef skins/outfits. In the daily tweet Epic put out for the item shop, Epic announced that Fortnitemares would be returning on the 29th October. That wasn’t much of a surprise as the two previous Fortnitemares have gone live on the same date.

When the other Halloween/Fortnitemares themed skins were being released in the shop, Epic would add captions to their tweets. The captions they’ve used leading up to the Fortnitemares 2019 event are “The nightmares begin” and”Face your fears”. Fortnitemares was made official for tomorrow with a tweet put out 6 hours ago.

They also added the Deadfire skin which was one of the first reactive skins added to the game. Epic also added a set of free challenges and rewards for completing each one. The main reward for the Fortnitemares challenges was the Dark Engine glider which you can check out below.

For this years Fortnitemares event, it seems like Epic have made more of an effort. Instead of just adding in the shards and cube monsters, it appears as though there could be a new LTM for the event.

The Fortnitemares 2019 event on PlayStation provided a description as to what we can expect from the event. The event notice doesn’t mention anything about fiends or Cube Monsters. The descriptions reads, “Ghoulish creatures have overrun Fortnite and an ancient evil has found the new island. Squad up to survive, it’s about to get real“. Hopefully this means Epic move away from the shards and Cube Monsters and we finally have a Halloween-themed LTM worth playing.

A new squads LTM was added recently to the API, and there’s a placeholder name for the LTM called “Dadbro”. Here’s the image that is belongs to the LTM:

Along with the above, it’s almost certain we’ll see challenges and rewards return for the event.

Epic haven’t added a new item to Fortnite Battle Royale for some time now. The last three updates for season 10 didn’t include any new items. There’s been no new item added for Chapter 2 so far (not including the impossible to catch Mythic Goldfish). We’ll have to wait and see for the Fortnitemares blog to see if Epic decide to finally add a new weapon or item to the game.

According to leaks, Epic will be providing players with an XP gift. Epic changed the amount of XP from challenges from 14,000 to 52,000 XP. However, for players who had already completed the challenges prior to the Forged in Slurp mission going live, they did not receive the difference in XP. In the v11.10 update, Epic will likely be providing an XP gift to players for the XP they should have received for the new XP reward for challenges.

As with every major update, Epic Games will address bugs that are currently plaguing the game. Here’s the bugs that we know will be fixed in the v11.10 Fortnite update: