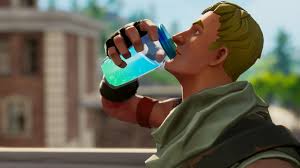 Epic Games have announced the time and date for the v9.30 update including the time for downtime. The update will include a brand new beverage.

Epic Games release an update for Fortnite battle royale every week, with the usual schedule being a patch update followed by a content update.

In a recent tweet on the official Fortnite Twitter account, Epic Games announced that the v9.30 Fortnite update would be coming tomorrow, June 17th. There will be downtime for the update, which will begin at 4 AM ET (8 AM UTC).

Usually, Epic Games would update the in-game news feed to announce the arrival of an upcoming item, however, Epic are yet to do this but have announced the downtime. We’ll likely see the MOTD updated after the Fortnite Item Shop updates in a few hours.

We do know that the new item will be a beverage consumable item as the update announcement tweet stated the following, “A refreshing new beverage arrives in the v9.30 update tomorrow”.

There haven’t been any leaks this season regarding a new beverage, so there’s no information on what the beverage will be. We will, however, get a better idea of what to expect when or if the MOTD (message of the day) updates tonight to announce what the new item will be.

We’ll likely see a handful of leaks in tomorrow’s update along with other news, so be sure to follow us over on Twitter @Fortnite_BR and turn on website notifications so you don’t miss anything from the v9.30 update.