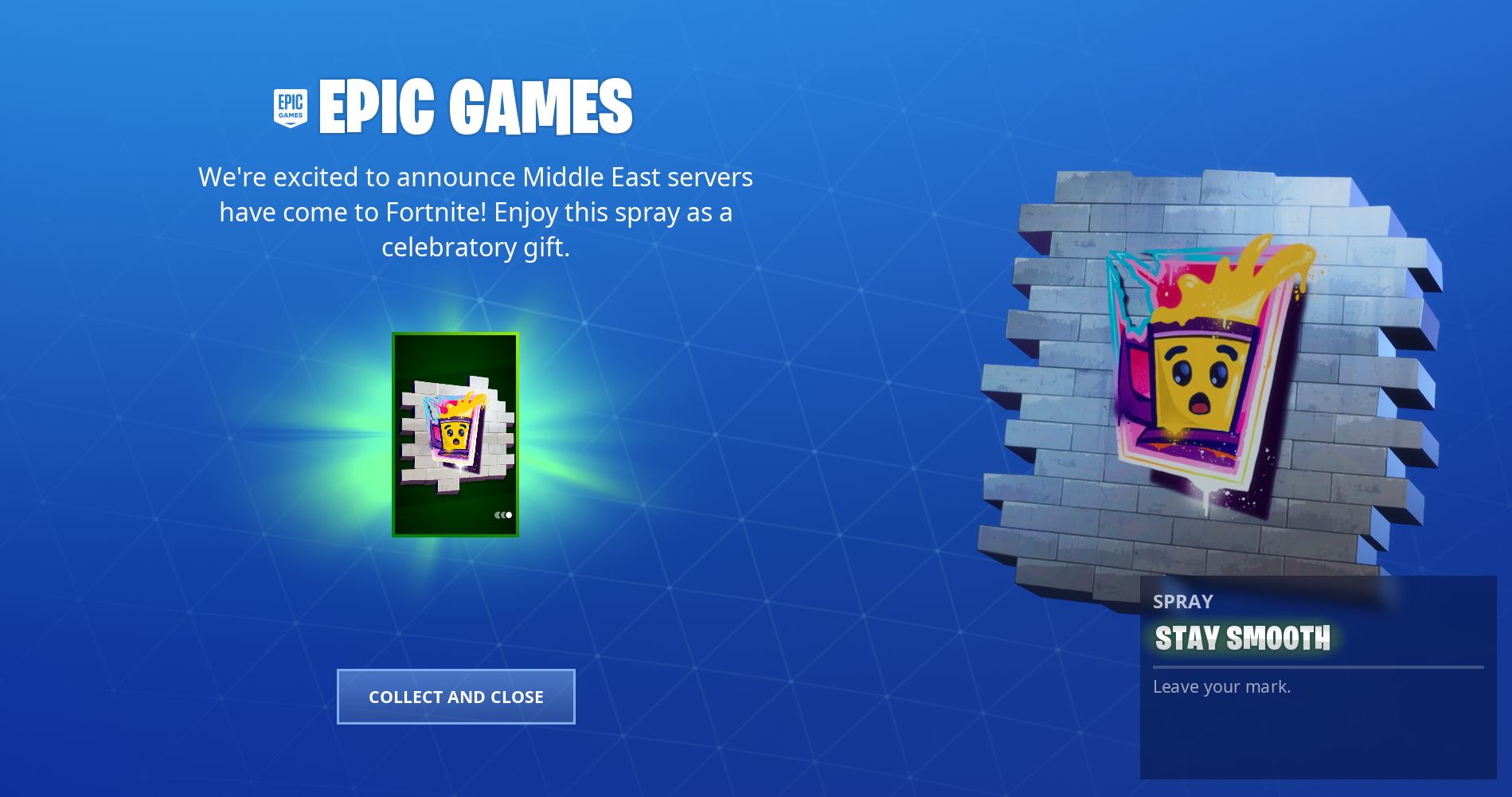 Epic Games are providing all Fortnite players with a free Stay Smooth Spray.

The v10.10 content update went live on the Fortnite servers earlier in the day which saw the introduction of the Junk Rift and Glitched Consumables. Epic also decided distribute a free reward to every Fortnite player.

After today’s content update went live, players reported that they were given a free reward by Epic Games. The reward is the Stay Smooth provide and the reason why Epic are providing it is to celebrate that fact that Fortnite now has servers in the Middle East.

We work with multiple cloud providers to supply the infrastructure for Fortnite servers globally. None of these providers yet have capacity available in the Middle East region, but we expect to have a solution in the next few months. We'll keep you updated as we learn more!

How to receive the free Stay Smooth Fortnite Spray

In order to receive your free Stay Smooth spray, players simply need to log in to the game and they’ll see the message below:

There’s no time limit as to when players need to log in to receive the free Stay Smooth spray, so it’s likely something that can be obtained at any time.

Epic have provided a number of free cosmetics lately with the last set of free cosmetics being made available for those who connected their Epic Games and YouTube accounts together and watched 20 minutes or more of the Fortnite World Cup YouTube live stream. The free cosmetic rewards included two sprays and a wrap. It’s likely Epic will be adding more free cosmetics as part of their partnership with YouTube Drops in the near future.