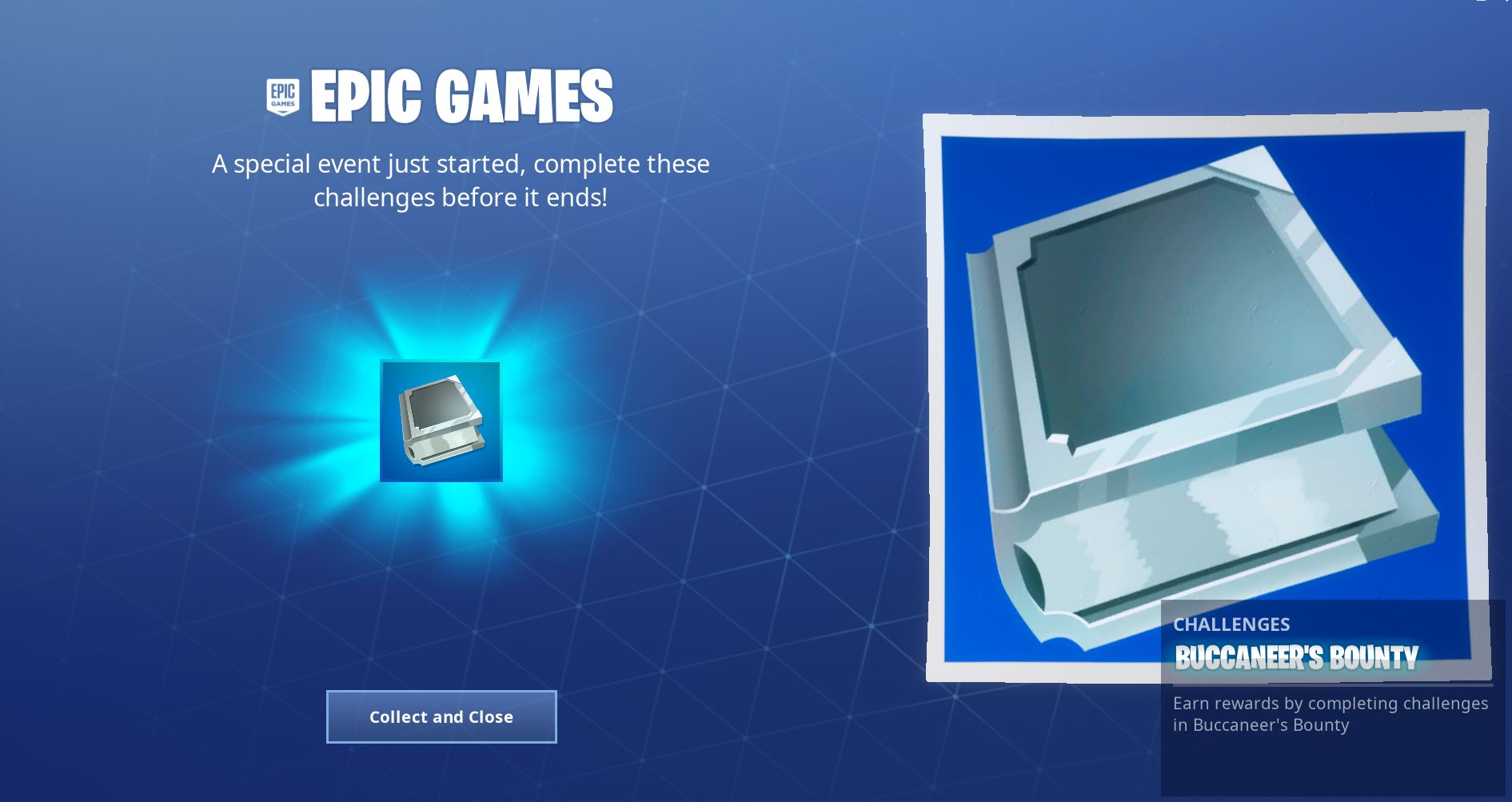 The final Fortnite Buccaneer’s Bounty challenge and reward has been leaked ahead of time.

The start of the event was marked with new pirate themed skins hitting the Item Shop, Buccaneer and Sea Wolf. The set also includes the High Seas pickaxe.

So far, three challenges have been released which can be seen below:

The first challenge rewards players with the Plunder glider that is of uncommon rarity. The second reward is the Uncommon Pirate Parrot spray, and the third is a banner.

Upon completing all of the challenges, players will be rewarded with the Boobytrapped Epic emote. You can see the emote in action below.

With Easter around the corner and a new patch update, v8.40, coming next week, we could see similar challenges added for an Easter event.