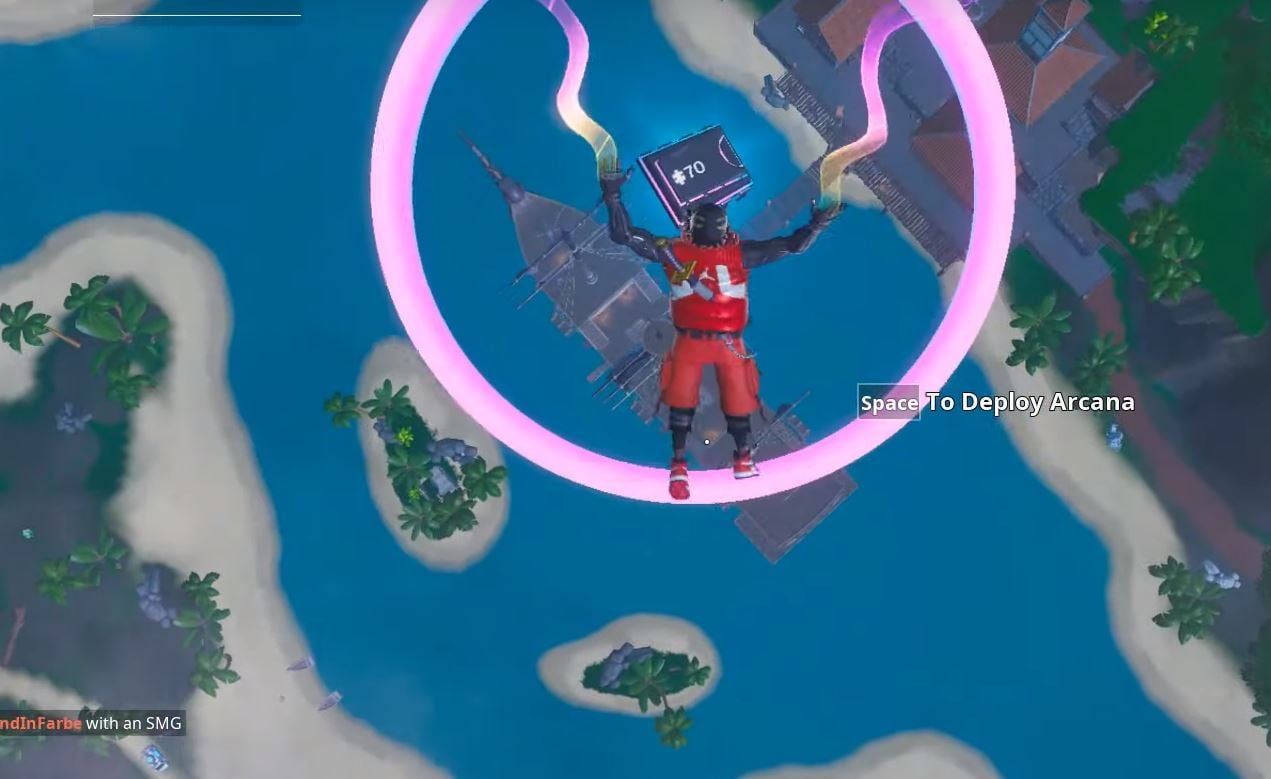 Yesterday’s Fortbyte challenge was another one of those challenges that required players to use a spray that’s unlocked from the Season 9 Battle Pass. Players had to use the Sunbird spray on a frozen waterfall, which is at Viking Village. There have been several spray Fortbyte challenges, and yesterday’s spray challenge is unlikely to be the last.

The eye that appears in the Fortbyte image was added to the map last week, appearing in the Iceberg at Polar Peak. However, in the v9.20 Fortnite update yesterday, the monster that was in the iceberg escaped, and footprints have been left near Viking Village, going all the way to the edge of the map. We may get more information on the monster as more of the image is decrypted.

Today’s Fortbyte challenge is Fortbyte #70 – Accessible by skydiving through the rings above Lazy Lagoon with the Vibrant Contrails, and we have a guide for the location below.

In order to collect Fortbyte 70, players need to have the vibrant contrail, which is unlocked at tier 26 of the Battle Pass.

Players will then need to drop above Lazy Lagoon to see rings in the sky. Simply go through the rings and you’ll find Fortbyte 70 within one of the rings as seen below thanks to YouTube Gamer Hex.

You can check out a YouTube guide below from YouTuber Gamer Hex: