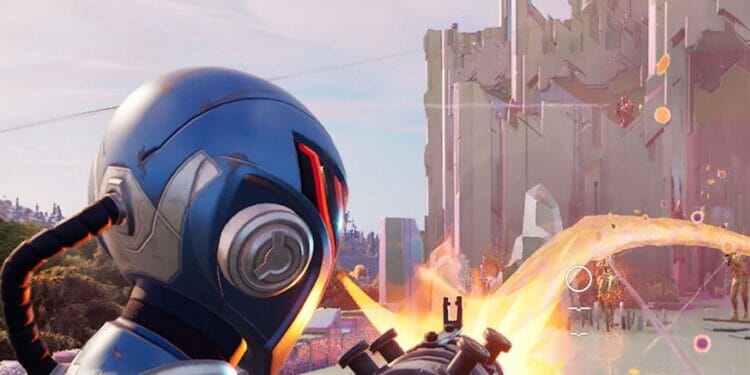 Last week, we had our first major Fortnite update of the season. The patch includes a new item, the Cobra DMR along with Holo-Chests, the return of the grapple glove, and more.

In that update, data miners leaked a number of items and cosmetics that would be coming to the game before the next Fortnite update releases.

One of the items that were leaked was the explosive goo gun and throwable launch pads. The stats and how these items were also leaked.

Epic has released a new content update today (October 11, 2022) which includes the release of both the explosive goo gun and the throwable launch pads.

The substance will eventually detonate and cause damage. There are no ammo pick-ups for the goo gun, and each goo gun you find will come with limited goo.

You can find Goo Guns from floor loot, chests, and supply drops. With the launch of the new item, Epic has increased the drop rate until next week’s patch release.

Jump Pads have been around in Fortnite for some time, but we now have throwable launch pads. Instead of needing to place launchpads on the floor build, players can throw them at the ground to instantly create support structures.

The throwable launch pad takes up an item slot in your inventory and can be found in floor loot, chests, and supply drops.

The Shield Bubbles have been unvaulted in today’s new Fortnite update. For those of you that haven’t used the item before, it allows you and your squad to shield from incoming fire. They can be found in floor loot, chests, and supply drop.s