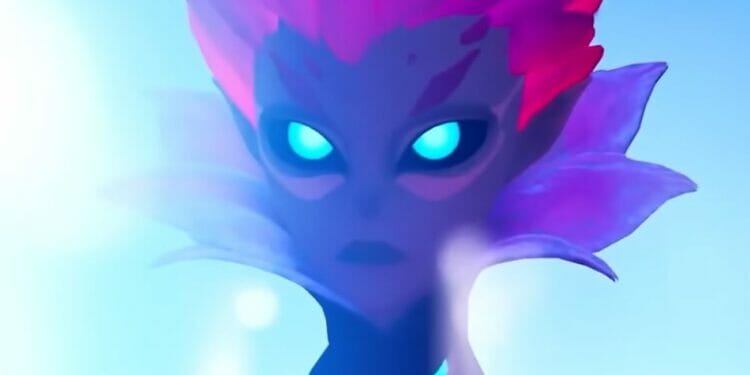 It’s been over two weeks since the launch of Fortnite chapter 3 season 4 with early rumors suggesting that this could be the final season of the chapter.

The v22.00 update introduced a number of major map changes, new features, and a new Battle Pass including Spider-Gwen and another version of Paradigm.

The release of a new major Fortnite update includes a number of new game files that are leaked by data miners during downtime.

The release of the new season update allowed data miners to leak a number of new weapons and items that’ll be introduced into the game later.

With Epic Games announcing the new Fortnite update that’ll be released today, 22.10, we know some of the new content we can expect to see.

Here are the early patch notes for the 22.10 Fortnite update.

As usual, Epic Games released a tweet on the official Fortnite Status account announcing when downtime will begin for the 22.10 update.

Its likely downtime will begin at 3:30 AM ET with matchmaking being disabled at 3 AM ET. Here are the official tweets from Epic: 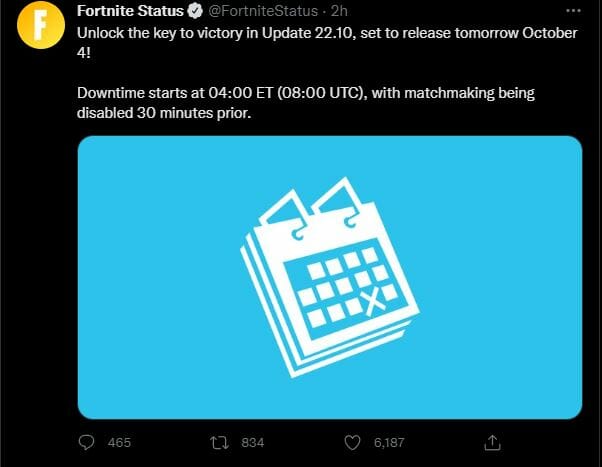 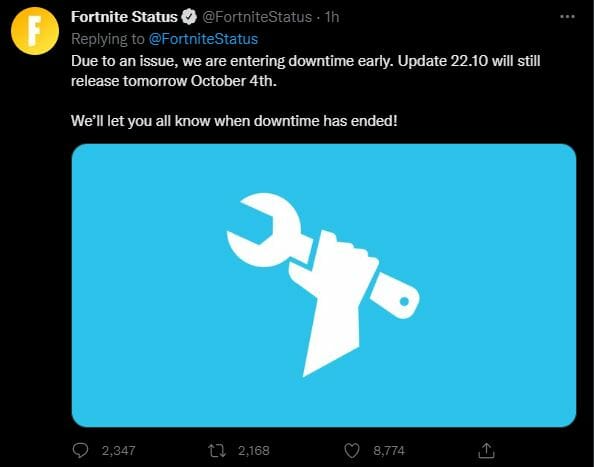 We’ll update this section of the article when the Fortnite servers are back online. We’d expect them to be back up at 7 AM ET.

According to data miner Hypex, we can expect a few changes in the 22.10 Fortnite update tomorrow.

Confirmed changes include the Boogie Bombs being vaulted once again along with chrome spreading to other areas of the map with some changes to the existing POIs.

Super styles will be added in this update along with Bytes’ challenges being introduced. Although not confirmed, there’s a chance we could be getting the Goo Gun or the Cobra DMR, both of which have been teased in trailers. 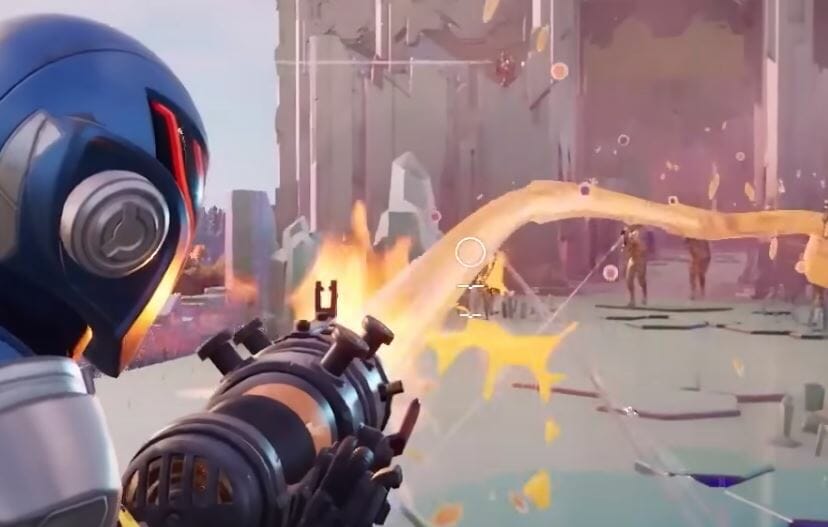 As you’d expect from a major update, there will be leaks and we could be getting more information on the next Star Wars collaboration along with more details about the upcoming Fortnite Halloween event, Fortnitemares 2022.

Be sure to check out this page to keep an eye on all the leaks and news from the new release!