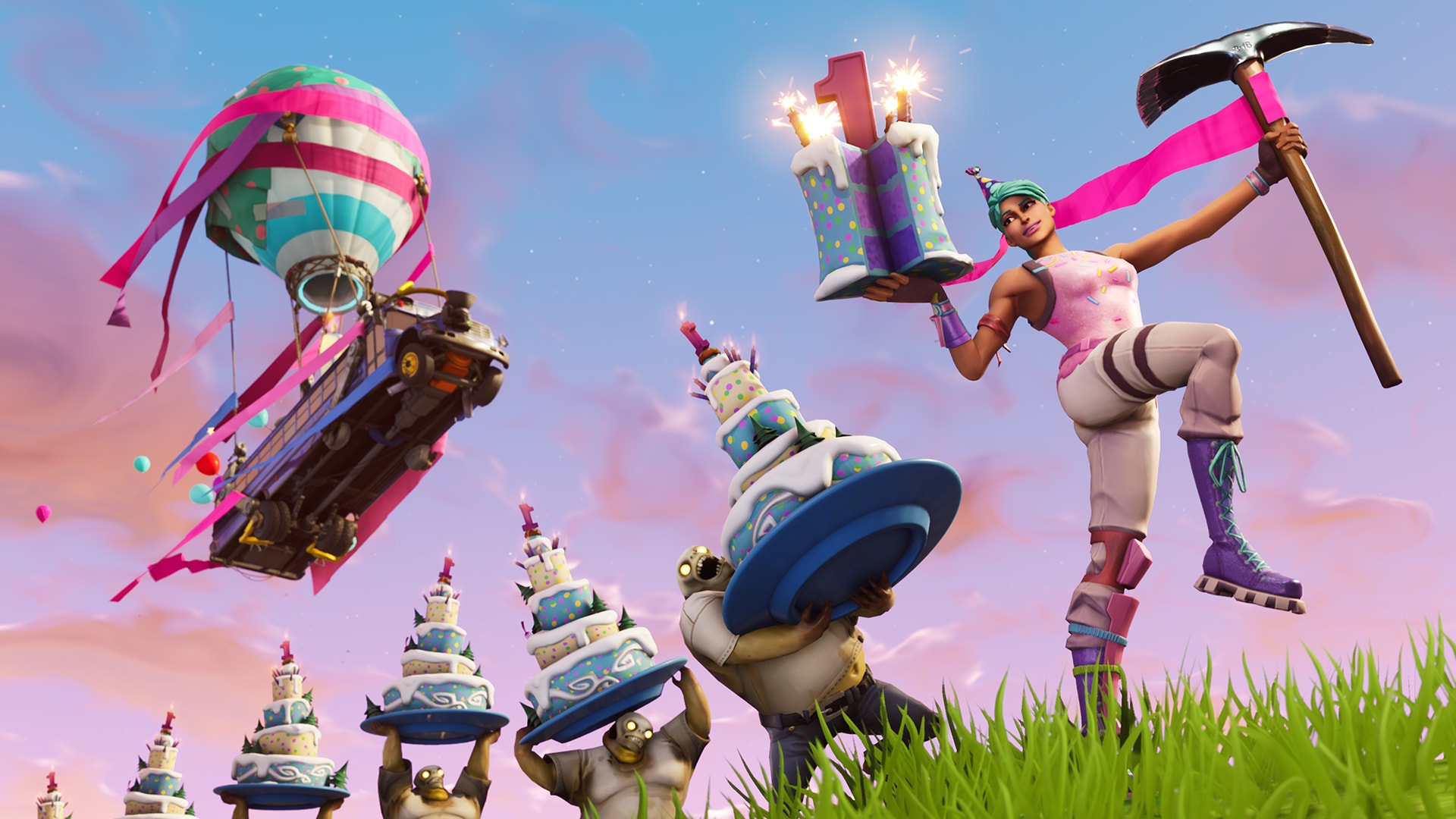 It looks like we’ll be getting another Fortnite birthday event with the challenges and rewards leaked by dataminers from today’s v9.40 update.

Last year on the 20th July, Epic announced the Fortnite 1st birthday celebration event in a post. The post outlined the event and what it would include as well as the start date. The 1st birthday event included challenges and cosmetic rewards as well as the battle bus being redesigned for the event.

Dataminers have leaked that Epic will be hosting a birthday event for Fortnite’s second birthday, which again includes challenges and cosmetic rewards. Thanks to dataminer FortTory, we know what the challenges will be for the birthday event.

Upon completing the challenges found above, players will unlock a cosmetic reward for each challenge completed.

Fortnite’s first birthday event was announced by Epic on the 20th July, but began on the 24th July and lasted until August 7th. It’s likely the 2nd birthday event will follow the same schedule, but we’ll keep you updated with the latest.