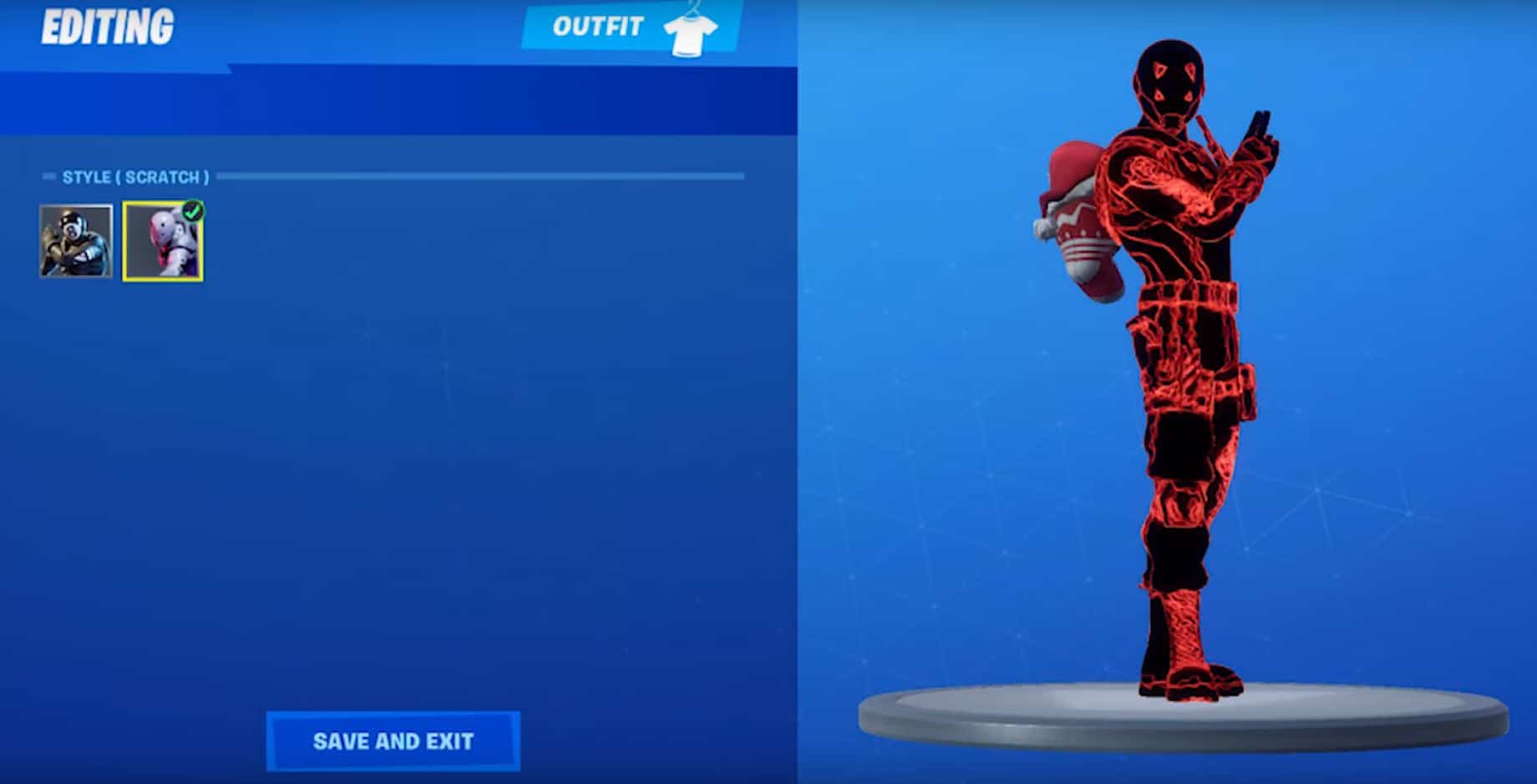 Here’s how to get the secret. Fortnite 8-Ball vs Scratch virus/corrupted Skin Style.

Epic Games released the v11.31 Fortnite update this week. The update didn’t bring much in terms of leaks apart from the Kylo Ren pickaxe and Zorii Bliss Y-Wing glider. There were a few encrypted files that were added, but apart from that, there wasn’t any stand out additions in terms of leaks.

There was a somewhat secret addition in the v11.31 update in form of a skin style that progresses the higher you level is this season. The 8-Ball vs Scratch skin has what can only be described as a virus or corrupted skin style.

Looking back at one of the loading screens for this seasons missions, it was teased prior to being released. Let’s dive into this and discuss everything we know regarding the virus/corrupted skin style for the 8-Ball vs Scratch skin.

If we go all the way back to week 5 of Fortnite Chapter 2 Season 1, you’ll notice that the loading screen for that mission, The Lowdown, featured a virus/corrupted version of the 8-Ball vs Scratch skin in the background.

It’s seen coming out as a hologram from the Turk vs Riptide skin. At the time, many including myself assumed it was going to be the beginning of the story for this new chapter and season, but the weeks after were empty in regards to a storyline.

However, more than six weeks later, what we saw in the Lowdown loading screen has come to fruition. With the 8-Ball vs Scratch skin looking away from the group, you can visibly see the concern on the face of the Remedy vs Toxin skin as she stands slack-jawed with disbelief.

How to get the secret virus/corrupted skin style

Needless to say, you need to have unlocked the scratch skin style unlocked to progress the virus or corrupted skin style.

It seems as though once you’re level 100 in this seasons Battle Pass, the corruption will begin. The higher the level you are, the more the skin get corrupted with a virus. Once you’re at level 300, the skin has been fully corrupted by a virus.

Here’s a look at some images of the skin where it’s only partially corrupted to fully corrupted along with videos of what it looks like in game and what happens to the skin when you level up whilst wearing the corrupted skin: 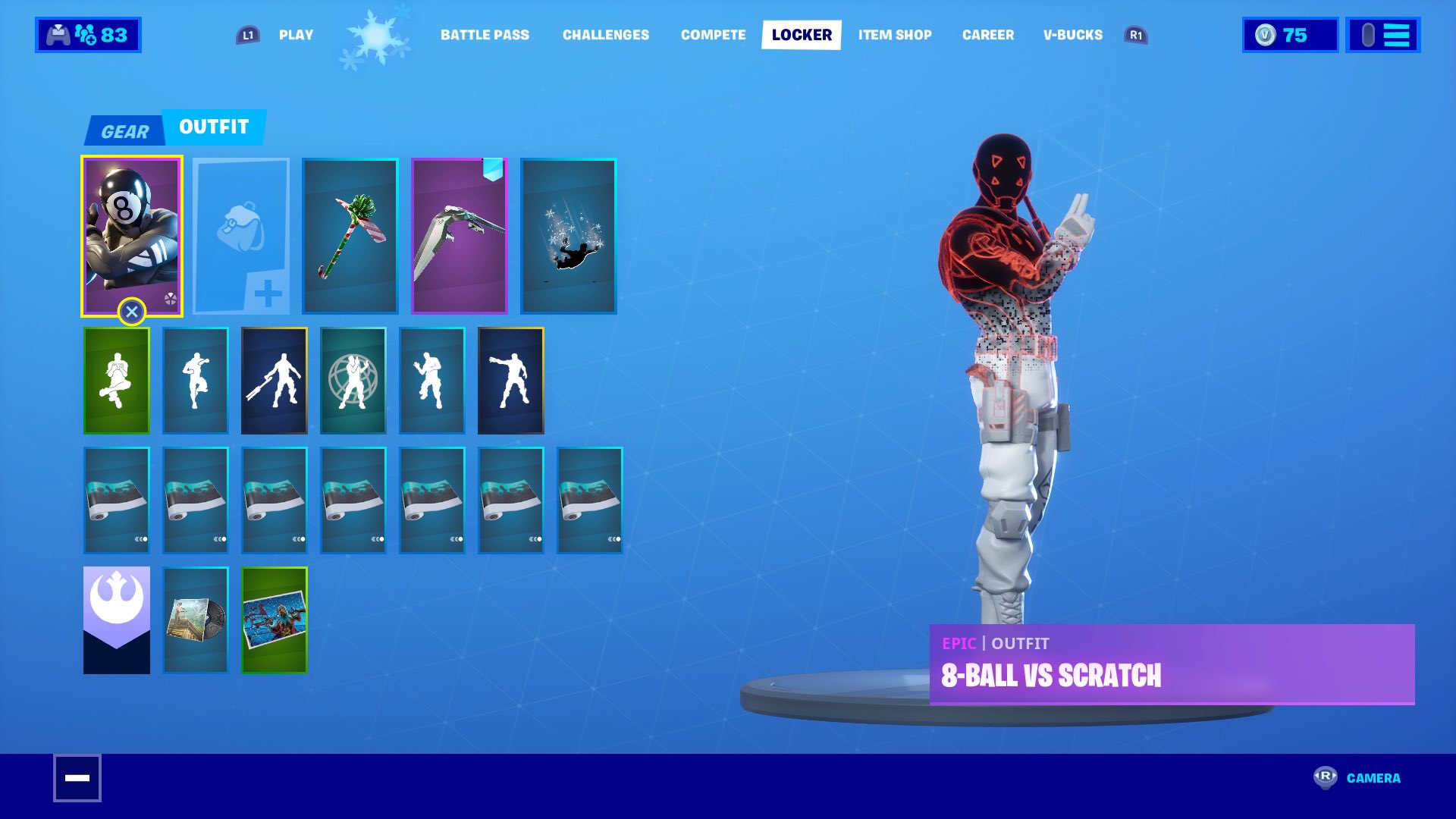 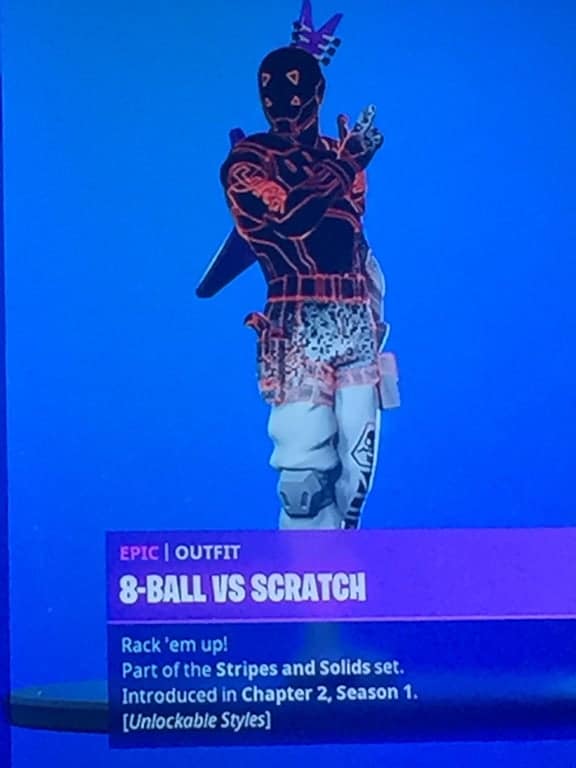 The new 8ball skin selectable style is dope from FortNiteBR

What It Looks Like When You Complete A Prestige Challenge With The 8-Ball Vs. Scratch Skin On from FortNiteBR

In my opinion, the virus corrupted 8-Ball vs Scratch skin looks great, and it makes it worthwhile to continue playing and gaining XP. What are your thoughts on the fully corrupted skin style?