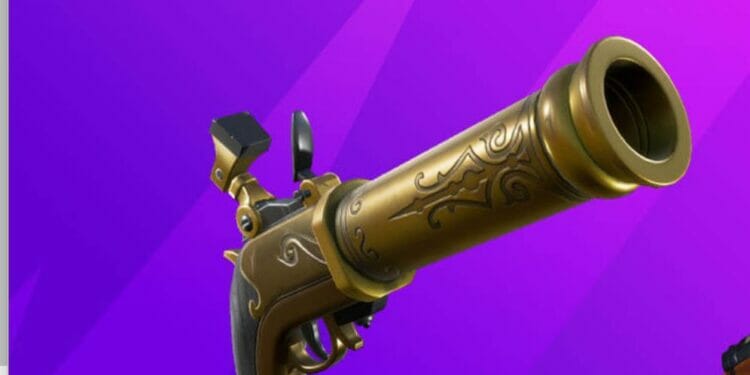 The Air Strike, Hunting Rifle, and Flint-Knock Pistol have been unvaulted in Fortnite. Here are the stats and where to find them in chapter 3 season 2.

Epic Games released the 20.30 content update today. There weren’t any new items added to the game, but there are a few items and weapons that have been unvaulted.

Although the patch notes haven’t been released, and there might be other changes that have been missed, three items and weapons were unvaulted.

The Air Strike, Hunting Rifle, and Flint-Knock Pistol have been unvaulted, and here’s everything you need to know about each item.

Where to Find Air Strike in Fortnite

The Air Strike was added to Fortnite back in chapter 1 season 9 in a content update. However, it was vaulted back at the end of chapter 1, which means most players haven’t had a chance to use the item.

They can be found in chests, supply drops, and as floor loot. Throw the canister to send missiles raining to its landing area.

Te Flint-Knock Pistol and Hunting Rifles are available from now until May 7th, 2022. They can be found in chests, supply drops, and floor loot. The drop rates for utility items like the Shockwave Grenade have increased with the re-introduction of these weapons.

Inflate for safety. Funding Stations are gearing up to accept donations to produce either Shield Bubbles or Balloons!

Both options provide protection in some way. Throw down a Shield Bubble to create a temporary dome invulnerable to explosives and projectiles (including Air Strike missiles). On the other hand, attach Balloons to yourself to become more airborne and agile.

Before one of these protective items is unvaulted, you’ll have the opportunity to try out both in the wild. Find Shield Bubbles and Balloons scattered throughout the Island from Friday, May 13, at 9 AM ET to Monday, May 16, at 11:59 PM. Not too long after this trial period ends, you can vote for your favorite choice by contributing Bars at Funding Stations. The first item that reaches 100% Funded will swiftly enter the loot pool!