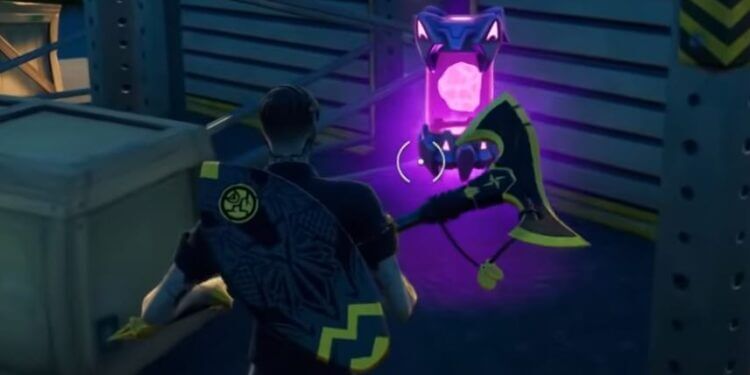 We have new Fortnite alien artifacts for Fortnite chapter 2 season 7 week 4. Here are all of the locations.

We had five new legendary quests/challenges to complete yesterday with four of the quests providing 30k XP and one rewarding players with 45k XP. Today, seven new epic challenges have been released and each one will give 30k season 7 XP.

Not only that, we also have brand new Fortnite Alien Artifacts to collect. In previous seasons, players have had to collect XP coins around the map at specific spawn locations, but this season players need to collect Alien Artifacts in order to unlock new customization options for the Kymera Fortnite season 7 battle pass skin.

The first set of Fortnite Alien Artifacts were released on a Tuesday with the new season launching. However, they now release on Thursday at 10 AM ET when the Epic quests are released. Last week, there were only four Alien Artifacts on the map, but we’ve had five for the first two weeks.

Here are all the locations of where you’ll find the Fortnite week 4 Alien Artifacts along with a map marking each location:

Here’s a map with all the Fortnite week 4 alien artifacts thanks to Twitter user Ollek: