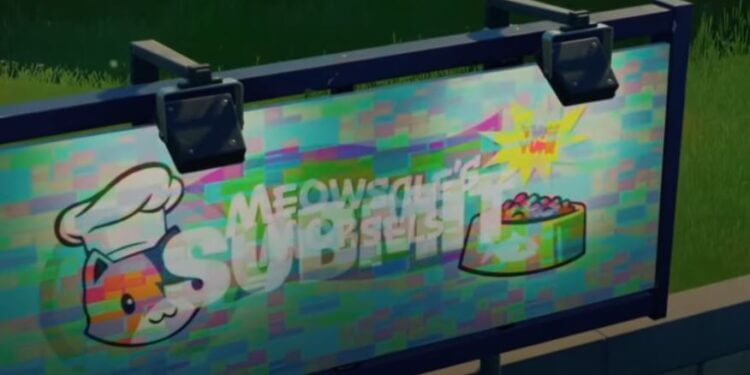 Equip a Detector, then disable an Alien BillBoard in the same match

Here’s where to find alien billboards in Fortnite in order to complete the Equip a detector, then disable an Alien Billboard in one match week 9 challenge.

We’re officially in Fortnite week 9 in chapter 2 season 7 once the legendary quests release in a few hours. Thanks to data-miners, we know what all of this weeks challenges are including the Epic quests and alien artifact locations.

One of the week 9 challenges require players to equip a detector and then disable an alien billboard in Fortnite. The billboards were only recently added to the game, so players may not know where they can be found on the map. Here’s a guide on where to find them and how to complete this legendary quest.

Where to Equip a detector Fortnite Location

There’s a chance there could be more locations where you can find and equip a detector. Here’s what it’ll look like in-game:

In order to equip it, all you’ll need to do is go up to the crate and interact with it.

In order to disable an Alien Billboard in Fortnite, you’ll need to know where to find them. Luckily, the billboards are extremely easy to spot and they’re in the same locations where you’ll find the detectors. Once you find a detector at the location you choose, if you look around, you’ll end up spotting a billboard within walking distance.

For example, you can find a detector at Misty Meadows by the fountain. Once you find that, you’ll see an Alien Billboard 10 steps north-west of the location.

To disable the billboard, all you’ll need to do is interact with it.