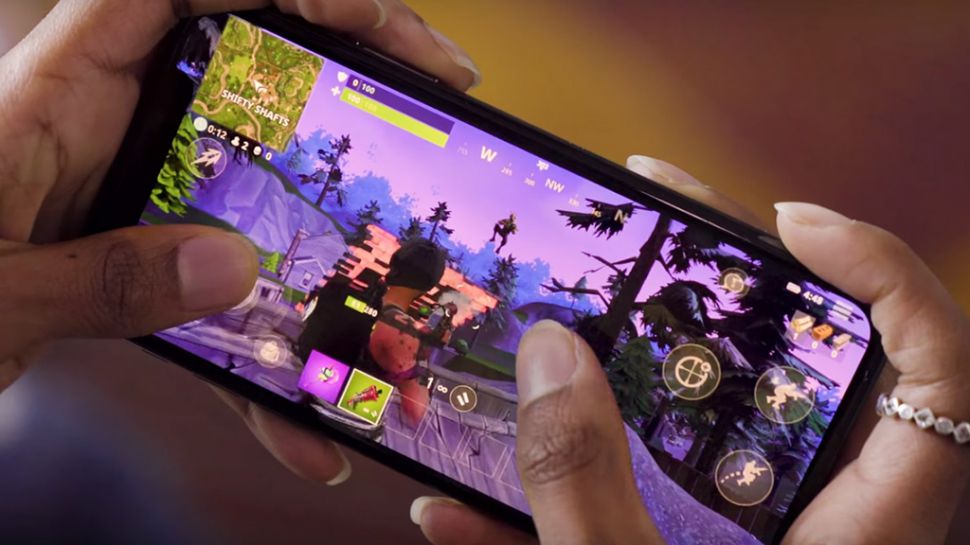 Eurogamer have been given access to the special press area on the Fortnite website, where they could download and install the game on the Samsung S9+. It looks like Epic will not be using the Play Store for players to download the game.

Here is the official Q&A by Tim Sweeney, founder of Fortnite, on Fortnite launching on Android and his comments on not using the Play Store below:

Why not just use the pre-existing store instead of making players jump through hoops?

On open platforms like PC, Mac, and Android, Epic’s goal is to bring its games directly to customers. We believe gamers will benefit from competition among software sources on Android. Competition among services gives consumers lots of great choices and enables the best to succeed based on merit.

Is this just a way for Epic to keep the 30 per cent that Google would take if you were on Play?

Avoiding the 30 per cent “store tax” is a part of Epic’s motivation. It’s a high cost in a world where game developers’ 70 per cent must cover all the cost of developing, operating, and supporting their games. And it’s disproportionate to the cost of the services these stores perform, such as payment processing, download bandwidth, and customer service. We’re intimately familiar with these costs from our experience operating Fortnite as a direct-to-customer service on PC and Mac.

What’s Google role in this?

If you could have done this on iOS, would you have?

There have been a number of Android APK scams related to Fortnite going around. Does Epic’s release strategy put customers at risk, since they might not be able to tell the difference between real and fake?

Open platforms are an expression of freedom: the freedom of users to install the software they choose, and the freedom of developers to release software as they wish. With that freedom comes responsibility. You should look carefully at the source of software you’re installing, and only install software from sources you trust.

Gamers have proven able to adopt safe software practices, and gaming has thrived on the open PC platform through many sources including Steam, Battle.net, Riot Games, Good old Games, and EpicGames.com. We’re confident Android will be similarly successful.

Most importantly, mobile operating systems increasingly provide robust, permissions-based security, enabling users to choose what each app is allowed to do: save files; access the microphone; access your contacts. In our view, this is the way all computer and smartphone platforms should provide security, rather than entrusting one monopoly app store as the arbiter of what software users are allowed to obtain.

Does this not complicate the user acquisition process for you on Android? Most users, particularly given how mainstream Fortnite has become, will just search the store rather than thinking to acquire the game another way.

Once it goes live, Fortnite for Android will be easy to find with a simple web search on Google, Bing, or DuckDuckGo, just as with Fortnite for PC and Mac.

How will you ensure getting to the launcher is intuitive for younger players or those who may not be as familiar with games/separate Android launchers?

It’s pretty easy. The download on epicgames.com installs a Fortnite icon which is used for launching and updating the game.

Obviously this was not possible on iOS give Apple’s tight control over the ecosystem. Why do you think Google enables developers this freedom?

Google is one of the world’s leading supporters of open platforms, for example as a top contributor to the open-source Linux kernel, which is at the heart of the Android platform. I think they’re driven by the same ethos we have at Epic in opening up Unreal Engine 4’s full source code to developers. Openness creates an attractive, thriving ecosystem where everyone can innovate without having to ask for permission. Windows, Android, Mac, Unreal Engine, Linux, and other projects show that a company can open up its ecosystem and still run a successful and profitable business.

What’s the advantage for Epic Games?

First, Epic wants to have a direct relationship with our customers on all platforms where that’s possible. The great thing about the Internet and the digital revolution is that this is possible, now that physical storefronts and middlemen distributors are no longer required.

Second, we’re motivated by economic efficiency. The 30% store tax is a high cost in a world where game developers’ 70% must cover all the cost of developing, operating, and supporting their games. There’s a rationale for this on console where there’s enormous investment in hardware, often sold below cost, and marketing campaigns in broad partnership with publishers. But on open platforms, 30% is disproportionate to the cost of the services these stores perform, such as payment processing, download bandwidth, and customer service. We’re intimately familiar with these costs from our experience operating Fortnite as a direct-to-customer service on PC and Mac.

Android has a larger user base than iOS, so what uplift are you expecting to see in Fortnite’s overall audience?

Our expectations for 2018 are modest because Fortnite requires a recent high-end Android smartphone. Fortnite brings the game’s full PC and console experience to Android; of the roughly 2,500,000,000 Android devices, we estimate around 250,000,000 are Fortnite-ready

How are you preparing your servers/tech to cope with the influx of new users?

We’re doing a lot of optimisation work here at Epic, and are also benefiting from great cloud service infrastructure hosted by Amazon, Google, and others.

With the release of Fortnite on Android, that means the game is available on all platforms. What’s the next step? What’s the priority?

The team is hard at work evolving the game based on the awesome Fortnite community’s feedback.